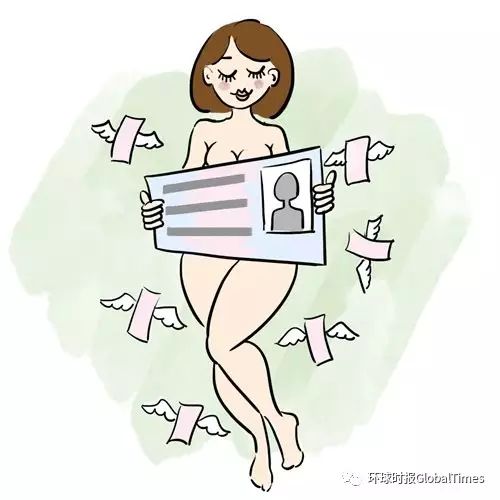 The most sensational news in China this week, dubbed "Stupid-Girl.zip-Gate," is the 10-gigabyte file of nude photographs and videos of thousands of female Chinese university students that were leaked online and, as a result, shared across the world.

It was reported that the girls' explicit selfies, in which each of them was photographed holding their ID cards, were taken willingly and by themselves as collateral for monetary loans via online peer-to-peer lending platforms.

The money these girls borrowed ranged from 2,000 yuan ($290.74) to 6,000 yuan; the more money loaned, the more graphic the selfie needed to be. The platforms usually required the money to be paid back within one to four weeks at a weekly interest rate of 15 percent.

Once news of the X-rated loans made headlines, netizens debated who was more at fault. "Why are illegal loan businesses allowed to operate online? Such peer-to-peer lending platforms should be shut down," one Weibo user commented.

After reading all the media reports and online comments, the biggest question in my mind, as a fellow female, is why any woman would willingly offer their most private information to complete strangers just for a small amount of money? I wondered if each of them had some major life crises.

But what I found after further researching this bizarre calamity was that around 64 percent of the females who appeared in the file are university students. Most students are given a monthly allowance of around 1,500 yuan by their families, enough to cover basic campus living expenses.

But with materialistic, vainglorious Chinese society being what it is, many of these girls desired extra spending money for fashionable clothes and high-end cosmetics.

One girl told a reporter that she had borrowed tens of thousands of yuan just so that she could get plastic surgery. "After I fixed my face, even though the loan sharks exposed my nude pictures, no one can recognize me now," she said.

The popularization of social networking in China is also largely to blame. Almost all university-age Chinese today have a Weibo and WeChat account, and through these apps they are constantly informed and updated on the lifestyles of celebrities and their better-off peers.

After being barraged with an endless stream of selfies of other women wearing fancy clothes and using high-end products, it's inevitable that some impressionable schoolgirls would want to imitate these fancy lifestyles, even if it's beyond their consumption ability.

More importantly, sex-related content is so common nowadays that we as a society seem to have lost all shame and have become numb to nudity.

One perfect example is the new one-finger selfie challenge that encourages Chinese women to take nude pictures of themselves in the mirror while covering their private parts with just one finger.

After going viral on Weibo, last week the one-finger selfies were shared on Reddit, becoming China's all-time most voted post (which says a lot about the mentality and desires of Western men).

Even if Chinese authorities were to delete all this pornography on Weibo and WeChat, once they are shared in the West it becomes an impossible task.

But then again, seeing as how so many Chinese females seem to actually desire this kind of fame and notoriety, such as those female Webcasters who earn hundreds of thousands of yuan every month simply by showing their cleavage, it becomes obvious that most are indifferent about revealing their bodies to the public.

I don't pity any of the students who had their nude photos leaked in the file. They were stupid, and quite vain, to participate in usurious loans just for a lifestyle that far exceeds their consumption abilities.

But hopefully this case will raise the public's awareness on the side effects that social media are having on China's younger generations.

The opinions expressed in this article are the author's own and do not necessarily reflect the views of the Global Times.