Top 22 Shanghai art exhibitions to check out this summer

Take a look at a curated list of ongoing and upcoming art exhibitions in Shanghai this summer! 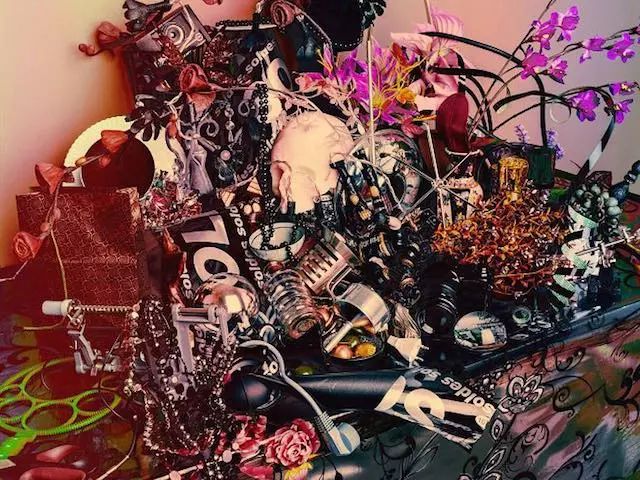 Valérie Belin's meta-clichés are clichés designed to transcend cliché. Illusion as a form of self-delusion, the materiality of matter, these are both topics Belin explores using impressive digital and physical skills. The world-renown artist creates ultramodern images, and tests the boundary between reality and illusion. Enjoy this retrospective of her works while asking yourself the same question she does, where does this boundary lie?🕒 July 2 - Aug 24
📍 555-1 Longteng Avenue 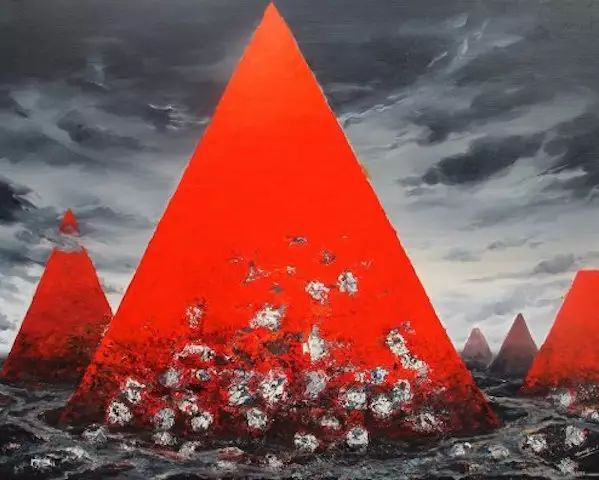 Hu Weiqi creates dramatic landscapes in a tug-of-war between reality and abstraction, hopefulness and fear, red and blue. This turmoil is the artist's response to China's rapidly changing economic and social landscape and his representation of how it affects Chinese people. Drop by to see how Hu negotiates between opposite moods to create synthesis and striking works.🕒 June 9 - July 30
📍 191 South Suzhou Road 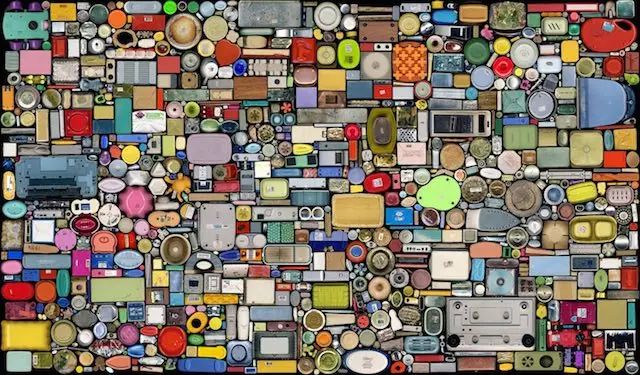 Popularized sometime in 1912 in the European art world by the likes of Picasso and Braque, the art of collage can be traced back to the invention of paper in China in about 200 BC. Collages give artists a chance to change the way things are perceived and are the main player in this exhibition where 18 artists from China, Europe and South Korea present their work.🕒 April 1 - June 3
💰 Free
📍 3 East One Zhongshan Road | 中山东一路3号 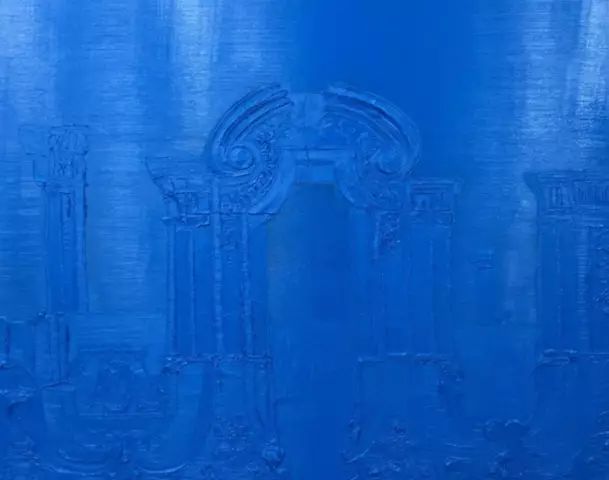 This exhibition is the result of the artist's recent reflections on realism and its inherent limitations. It presents three series of Shen Hua's works, one monochromatic, one a series of painted images on mirrors, and the third consisting of round canvas painted with circles of color, all representative of the artist's intellectual positions. Art+ Shanghai Gallery invites viewers on a journey to pursue truth amidst multiplicity of ideas and discover the paradoxical nature of the relationship between the reality and our perception of it.🕒 April 21 - June 4
📍 191 South Suzhou Road | 南苏州路191号 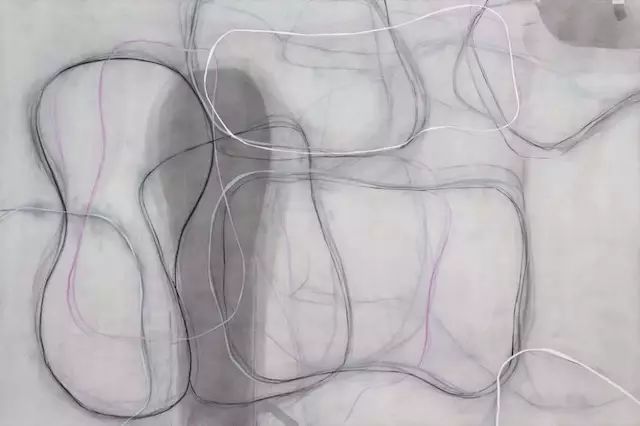 After ten years since her last solo exhibit, the artist who attracted close attention from the Chinese contemporary art scene, Zhou Li, is back as romantic and elegant as ever. The lines of Zhou Li's art are not still images, rather they are dynamic and keep changing their sense of distance, prompting the viewer to look at it in several different ways. Experience the tenderness and strength in her work and the new gate of vision she creates.🕒 February 25 - June 4
💰 ¥150
📍 35 Fenggu Road | 丰谷路35号 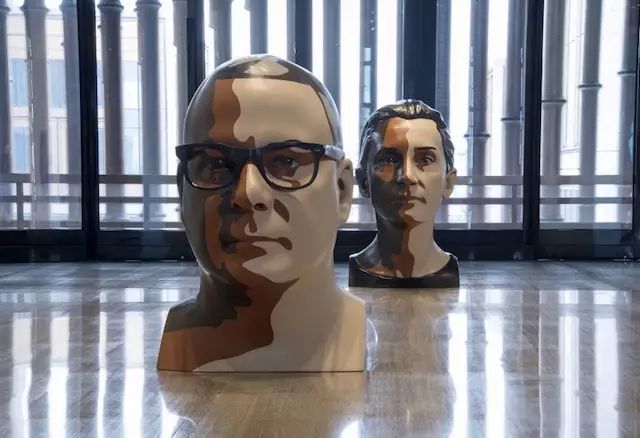 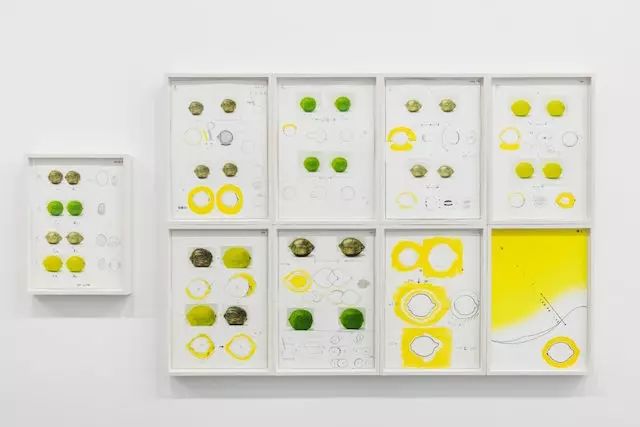 This exhibit will have you yawning. Literally. Xiangyu is interested in sensory perception, specifically the mouth as a center for stimuli. Qiao Space presents both the artist's ongoing Lemon Painting series, as well as his video installation Turtle, Lion, and Bear. The former uses bright yellow paint and citric outlines to create an acidic reaction inside the viewer's mouth, while the latter shows videos of numbers people and animals yawning, which will absorb you and implicate you in a cycle of never-ending yawning.🕒 March 5 - June 18
📍 2555 Longteng Avenue | 龙腾大道2555号 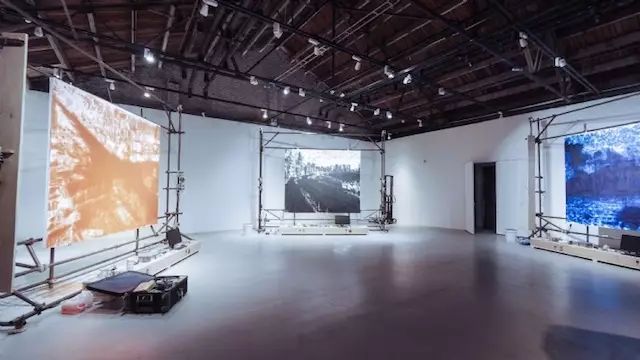 Slovenian theatre and radio director Marco Peljhan and German artist and musician Carsten Nicolai collaborate on a project designed to question the relevance of an audience and the place of art in an infinite universe. A cloud chamber and high frequency radio receivers are some of the high key sci-fi fantasy objects they'll be showcasing. You, too, can join them on their philosophical journey through outer space.🕒 March 18 - June 18
📍 50 Moganshan Road | 莫干山路50号

Here’s looking at you! @ Shanghai Center of Photography 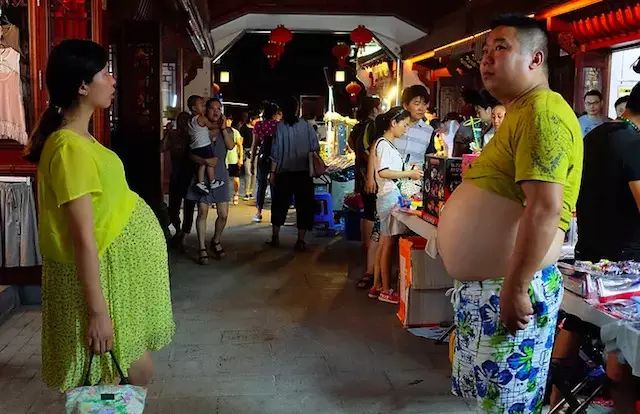 Discover how the way people are photographed has changed since 1985 until today. This exhibition draws from three sources: the Beijing Silvermine archive, an on-going salvage operation conceived by French national Thomas Sauvin in 2009; Little North Road, a project conceived by American photographer Daniel Traub, produced in collaboration with photographers Zeng Xianfang and Wu Yongfu, which paints a unique picture of Guangzhou's socio-economic landscape; and, to counteract the seriousness of the previous two, an archive of Hefei-based street photographer Liu Tao, who snaps pics of people in their most unconscious forms, the "anti-thesis" of the selfie, if you will.🕒 April 23 - June 25
💰 ¥40
📍 2555 Longteng Avenue | 龙腾大道2555号 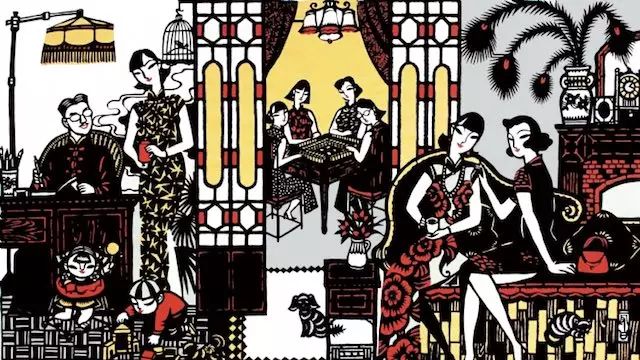 Food is a huge part of any civilized society, and Shanghai is no different. This exhibition explores Li Shoubai's understanding of the cultural value of food in Shanghainese society, showing interiors and exteriors of Shikumen neighborhoods, family festivals and welcomes the audience to view the symbolism and tradition behind Shanghainese food.🕒 April 17 - June 30
💰 Free
📍 210 Taikang Road | 泰康路 210弄 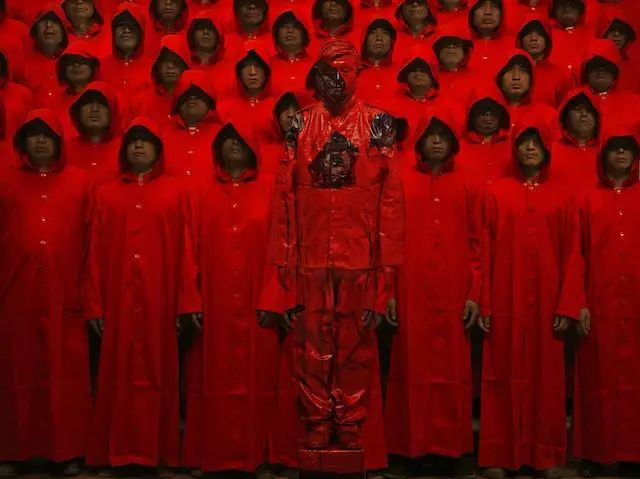 Indulge in these mind-numbing works from the master of camouflage, himself, Liu Bolin. Extended due to its popularity, in this exhibition, the artist does not only blend into streetscapes and classical paintings, he also presents anthropomorphic sculptures made from chips, screens, and other technological materials with the aim of making his audience reflect on the relationship between man and technology today.🕒 April 13 - June 30
💰 Free
📍 256 East Beijing Road | 北京东路 256号

Toyo Ito: On The Stream @ Power Station of Art 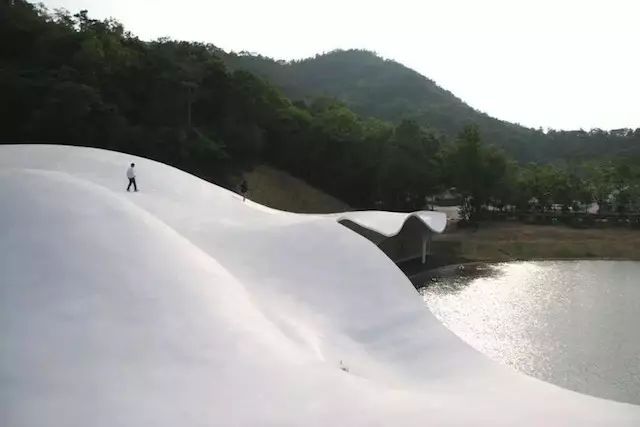 Following a series of successful architecture exhibits, Power Station of Art brings you one more featuring Toyo Ito & Associates key projects since 1971. Toyo Ito was inspired by the Chinese tradition in which intellectuals drank from cups that floated down a winding stream. Because of this, and because the inspirations for his projects would often come from the natural world, 130 models from nearly 30 projects that Toyo Ito & Associates had worked on will be displayed on a long, stream-like table in the center of the exhibition hall. Drop by to check out the architect's fluid, constantly changing style.🕒 April 22 - July 23
💰 ¥60
📍 200 Huayuangang Road | 花园港路200号 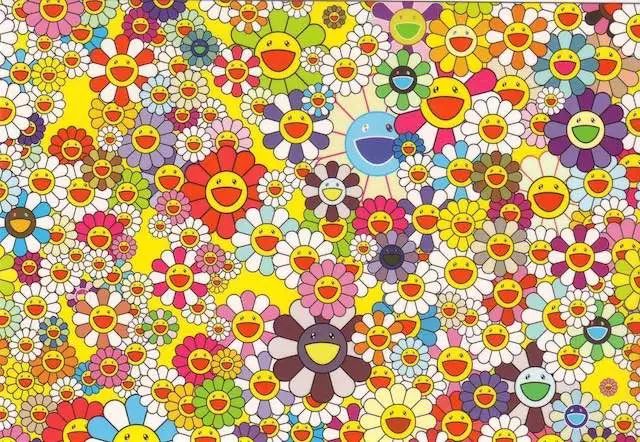 As more and more contemporary art enters the world art scene, the question "what is art" comes up again and again. Je Fine Art Gallery brings together the retrospective works of two artists that caused large ripples in the art scene with their witty, fresh concepts, KAWS and Murakami Takashi, and giving you the chance to see both incredibly popular artists' work in one place.🕒 April 22 - July 2
💰 ¥25-30
📍 498 Yueyang Road | 永嘉路498号 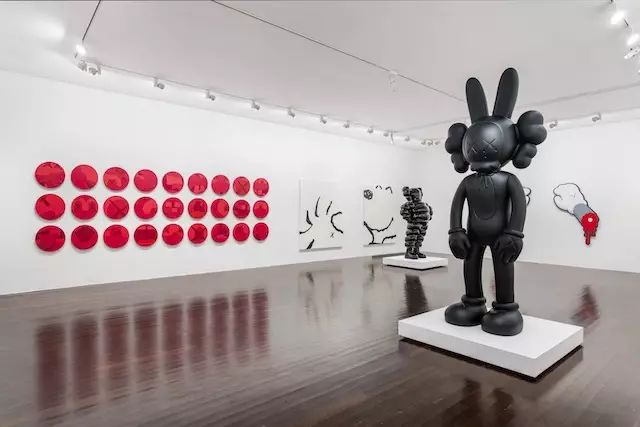 Whether it be graffiti or pop art, KAWS' style is easily recognizable and his characters have gained a rightful place in pop-culture. Yuz Museum, in collaboration with the Modern Art Museum of Fort Worth, brings you the artist's first survey exhibition in Asia. This will include his paintings, sculptures, toys, advertisements, and more, giving its audience a full picture of his development throughout the last 20 years.🕒 March 28 - August 13
💰 ¥150
📍 35 Fenggu Road | 丰谷路35号

A vibrant surprise awaits you in the basement of Ying Art Center. Colorful and imaginative, Wang Chienyang's art includes life-sized children's toys and photography inspired by Japanese anime. A delight to the senses, it is a statement on the incoming generation of young artists in the age of the internet.🕒 March 17 - November 17
💰 Free
📍 97 Moganshan Road | 莫干山路97号

Camila Pino: “Our Time on the Moon” @ FLIP Pop Gallery 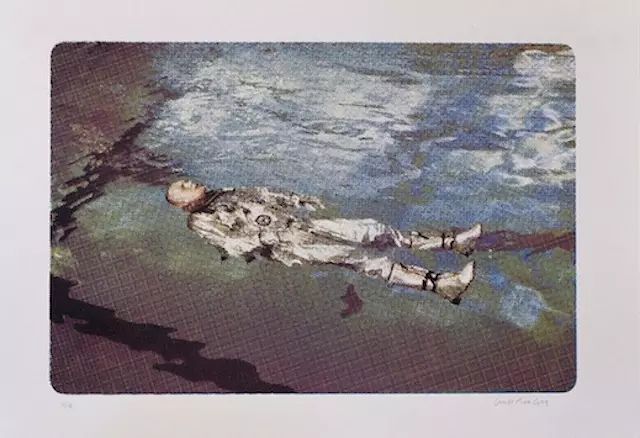 This exhibition is a series of 7 silkscreens by Chilean artist Camila Pino Gay focusing on the space race that drastically altered the daily landscape of the 50s. Accompanied by some of the first images of UFO sightings, the works create the semblance of a reality that could have coexisted with ours but can only be found within Pino's images.🕒 May 19 - May 28
💰 Free
📍 361 Xin Feng Road | 新丰路361号 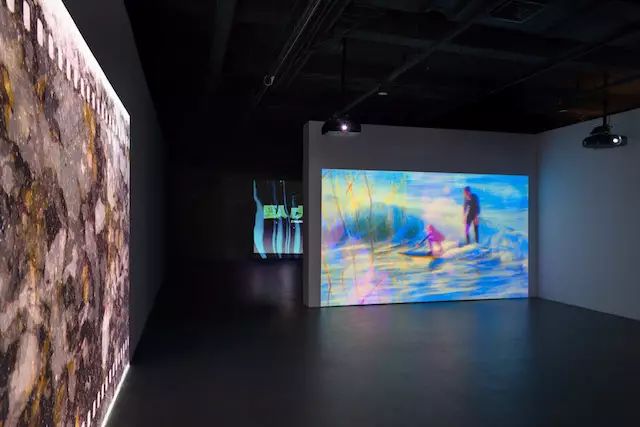 Yuz Museum is teaming up with Los Angeles County Museum of Art to bring Jennifer West's first museum exhibition in China. Taking place in the Yuz Project Room, the exhibition will explore what lies between film and art. The gallery will be showing five films that will represent the artist's cross-platform thinking and artistic practice.🕒 March 18 - June 17
💰 ¥150
📍 35 Fenggu Road | 丰谷路35号 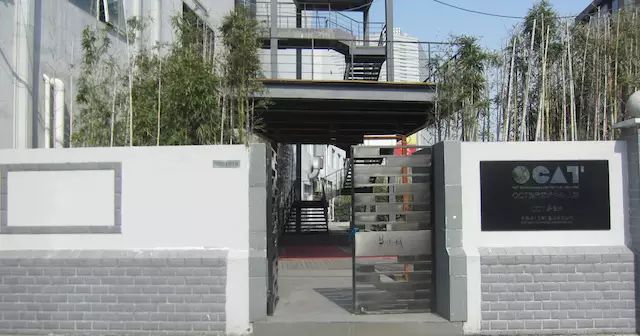 In 2016, Curator Bao Dong and artist Chen Youtong reimagined WeChat as a platform to display contemporary art on. They launched Culture Pavilion, an online art project and received more than 50 art works. See how they will use on-site projection to recreate these works in a larger scale.🕒 April 16 - May 28
📍 1016 North Suzhou Road | 北苏州路1016号 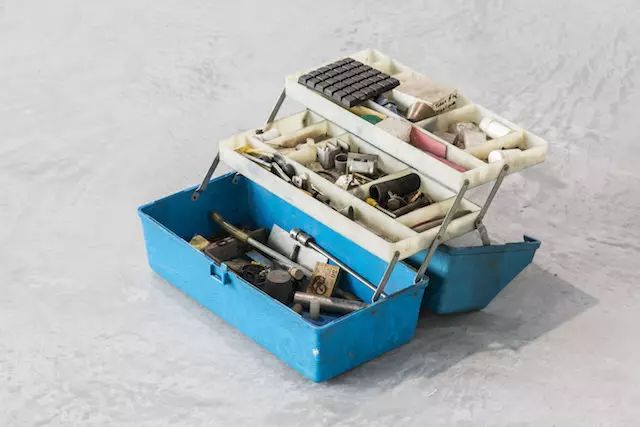 Take some time out of your day to visit EM Gallery and muse over the displaced materiality of French artist Eric Baudart's work. The installations are playful and thought-provoking, primarily because they consist of objects like doormats and scotch tape yet manage to reconfigure their original significance through the artistic process.🕒 March 18 - May 28
💰 Free
📍 2879 Longteng Avenue | 龙腾大道2879号 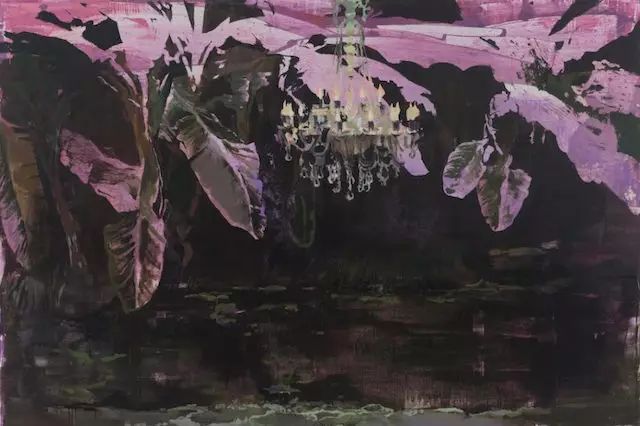 Lu Song lets his body be led by emotion, his mind by brushstroke, and creates shattered silhouettes that entice viewers to enter his landscape and break their mundane routines. Come indulge in these experimental artworks at the gallery's newly opened second space by the West Bund.🕒 March 18 - May 28
💰 Free
📍 2879 Longteng Avenue | 龙腾大道2879号 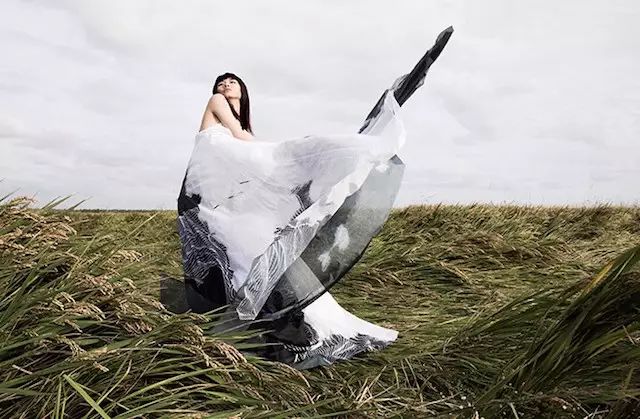 Is fashion art? This exhibition will be working to convince you that it is. Shanghai-based womenswear brand, Arete, presents its new collection alongside contemporary artist Tracie Cheng's oil paintings, the inspiration for the garments in an event as well-suited to art connoisseur as it is to fashionistas.🕒 May 6 - May 30
💰 Free
📍 50 Moganshan Road | 莫干山路50号 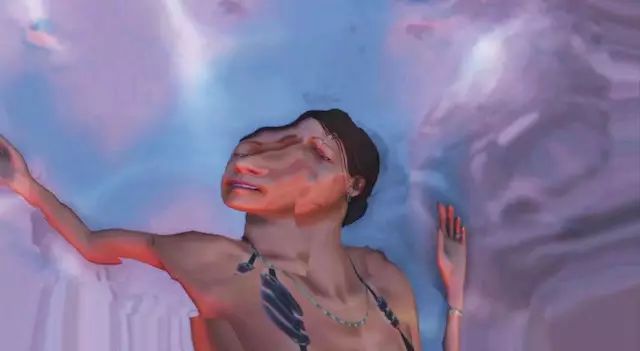 It isn't uncommon nowadays for people to have created surrogate personae through social media, gaming, or artificial intelligence. This collaboration between KAF and New York's New Museum reaches out to popular Chinese and international artists who use an eclectic mix of media to layer imagined states onto reality and explore how the rise of such immortal stand-ins amplifies the meaning of being human. Stimulate your senses with their sculptures, installations, videos, and augmented reality platforms.🕒 March 17 - May 31
📍 300 Middle Huaihai Road | 淮海中路300号 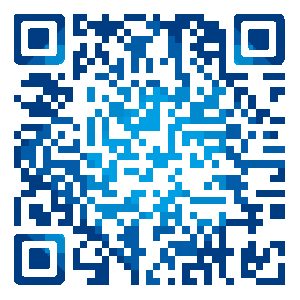 If you have an event that you don't see listed here, please email calendar@shanghaiist.com
Advertise on Shanghaiist ➤