4.The Timing and Source of Long-Run Returns Following Repurchases

6.The Effect of Labor Unions on CEO Compensation

13.Gender and Board Activeness: The Role of a Critical Mass

15.Annual Report Readability, Tone Ambiguity, and the Cost of Borrowing

Can the degree of predictability found in data be explained by existing asset pricing models? We provide two theoretical upper bounds on the  of predictive regressions. Using data on the market portfolio and component portfolios, we find that the empirical s are significantly greater than the theoretical upper bounds. Our results suggest that the most promising direction for future research should aim to identify new state variables that are highly correlated with stock returns instead of seeking more elaborate stochastic discount factors.

Cost-of-capital assessments with factor models require quantitative forward-looking estimates. We recommend estimating Vasicek-shrunk betas with 1-4 years of daily stock returns and then shrinking betas a second time (and more for smaller stocks and longer-term projects), because the underlying betas are themselves time-varying. Such estimators also work well in other developed countries and for small-minus-big (SMB) and high-minus-low (HML) exposures. If own historical stock returns are not available, peer betas based on market cap should be used. Historical industry averages have almost no predictive power and should never be used.

We test the hypothesis that investment constraints in delegated portfolio management may distort demand for stocks, leading to price underreaction to news and stock return predictability. We find that institutions tend not to buy more of a stock with good news that they already overweight; they are reluctant to sell a stock with bad news that they already underweight. Stocks with good news overweighted by institutions subsequently significantly outperform stocks with bad news underweighted by institutions. The impact of institutional investment constraints sheds new light on asset pricing anomalies such as stock price momentum and post–earnings announcement drift.

4.The Timing and Source of Long-Run Returns Following Repurchases

This paper investigates the timing and source of anomalous positive long-run abnormal returns following repurchase authorizations. Returns between program authorization and completion announcements are indistinguishable from 0. Abnormal returns occur only after completion announcements. Long-run returns are largely attributable to announcement returns at subsequent authorizations and takeover attempts; that is, anomalous post-authorization returns are not persistent drifts but rather step functions. These findings have important implications for prior papers examining this most persistent and widespread anomaly. Further, our results serve to refocus the search for a rational explanation for the anomaly on subsequent repurchase announcements and takeover bids.

Using a cross-country sample, we examine the chief executive officer (CEO) tournament structure (measured alternatively as the ratio and the difference of pay between the CEO and other top executives within a firm). We find the tournament structure to vary systematically with firm and country cultural characteristics. In particular, firm size and the cultural values of power distance, fair income differences, and competition are significantly associated with variations in tournament structures. We also establish support for the primary implication of tournament theory in that tournament structure tends to be positively related to firm value, even after controlling for endogeneity.

6.The Effect of Labor Unions on CEO Compensation

We find evidence that labor unions affect chief executive officer (CEO) compensation. First, we find that firms with strong unions pay their CEOs less. The negative effect is robust to various tests for endogeneity, including cross-sectional variations and a regression discontinuity design. Second, we find that CEO compensation is curbed before union contract negotiations, especially when the compensation is discretionary and the unions have a strong bargaining position. Third, we report that curbing CEO compensation mitigates the chance of a labor strike, thus providing a rationale for firms to pay CEOs less when facing strong unions.

Short sellers trade more on days with qualitative news, that is, news containing fewer numbers. We show that this behavior is not informationally motivated but can be explained by short sellers exploiting higher liquidity on such days. We document that liquidity and noise trading increase in the presence of qualitative news, enabling short sellers to better disguise their informed trades. Natural experiments support our findings. Qualitative news has a bigger effect on short sellers’ trading after a decrease in liquidity following the stock’s deletion from the Standard & Poor’s 500 index and a smaller effect when investor attention is distracted by the Olympic Games.

Prior research shows that splitting firms earn positive abnormal returns and that they experience an increase in stock return volatility. By examining option-implied volatility, we assess option traders’ perceptions on return and volatility changes arising from stock splits. We find that they do expect higher volatility following splits. There is only weak evidence, though, of option traders anticipating an abnormal increase in stock prices. We also show that our option measures can predict both stock volatility levels and changes after the announcement. However, there is little evidence that they can predict the returns of splitting firms.

We design an experiment to test the hypothesis that, in violation of Bayes’ rule, some people respond more forcefully to the strength of information than to its weight. We provide incentives to motivate effort, use naturally occurring information, and control for risk attitude. We find that the strength–weight bias affects expectations but that its magnitude is significantly lower than originally reported. Controls for nonlinear utility further reduce the bias. Our results suggest that incentive compatibility and controls for risk attitude considerably affect inferences on errors in expectations.

13.Gender and Board Activeness: The Role of a Critical Mass

This study analyzes detailed minutes of board meetings of business companies in which the Israeli government holds a substantial equity interest. Boards with at least 3 directors of each gender are found to be at least 79% more active at board meetings than those without such representation. This phenomenon is driven by women directors in particular; they are more active when a critical mass of at least 3 women is in attendance. Gender-balanced boards are also more likely to replace underperforming chief executive officers (CEOs) and are particularly active during periods when CEOs are being replaced.

Theory predicts that capping brokers’ compensation exacerbates the exploitation of retail investors. We show that regulated caps on mutual fund 12b-1 fees, effectively sales commissions, are associated with negative equity fund performance, but only after a structural shift toward maximum permitted levels of the fees around 2000. Past this break point, flow–performance sensitivity shifts from the middle- to the highest-performing funds, suggesting that the fee cap increases performance-chasing behavior by constraining brokers’ incentives to learn about lower-ranked funds. The policy implication is that regulators must reevaluate the efficacy of caps on brokerage fees.

15.Annual Report Readability, Tone Ambiguity, and the Cost of Borrowing

Mine Ertugrul (University of Massachusetts Boston)

This paper investigates the impact of a firm’s annual report readability and ambiguous tone on its borrowing costs. We find that firms with larger 10-K file sizes and a higher proportion of uncertain and weak modal words in 10-Ks have stricter loan contract terms and greater future stock price crash risk. Our results suggest that the readability and tone ambiguity of a firm’s financial disclosures are related to managerial information hoarding. Shareholders of firms with less readable and more ambiguous annual reports not only suffer from less transparent information disclosure but also bear the increased cost of external financing. 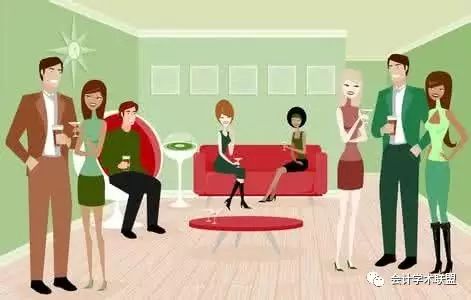 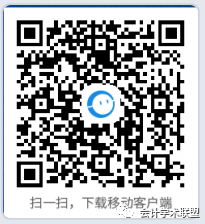