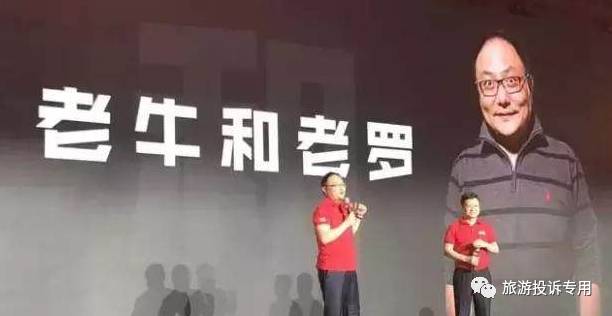 In the "dark horse" listing celebration party, the founder of the dark horse founder Niu Wenwen, Luo Ji Thinking founder Luo Zhenyu together around the content of entrepreneurship started a dialogue.

Niu Wenwen said, the content class, the start-up of the service class company may be coming soon.

"But I would like to say to the content entrepreneurs, the content of traffic, traffic is particularly expensive, if only to sell traffic, but sold BAT, but also sell Luo Zhenyu."

Niu Wenwen pointed out that the huge problem of content entrepreneurship is, after some influence, how to cash out of the business, and if a little brave, it can be realized through other means.

The contents of some entrepreneurial ability, but we used to sell advertising, in fact, can learn from Yao Jinbo, do hard work, learning from Luo Zhenyu, a man every 60 seconds (send voice and video), more than 60 seconds to lose."

Niu Wenwen also claimed that he had once and Luo Zhenyu travel together, where the network is particularly bad, the morning call Zhenyu to dinner, he did not come, later found Luo Zhenyu sitting on the toilet cover voice for 60 seconds.

Niu Wenwen and Luo Zhenyu are outstanding, the content of entrepreneurship among the official landing gem business days before the horse, opened 12.90 yuan, up 44%, the market value of 1 billion 50 million yuan.

The current Niu Wenwen directly holds 41.87% of the shares of the issuer; venture Gyalo holds 8.19% stake in the company, holding 49.82% of the cattle Wenwen entrepreneurial Gyalo general partners share, the actual controller for the entrepreneurial gyalo;

With the venture dark horse listed, Niu Wenwen has been worth more than 400 million yuan.

Luo Zhenyu through the content of entrepreneurial success, recently traced to logic thinking in 2015, 2016 and the 1 quarter of 2017, revenues were 159 million, 289 million and 151 million respectively; the company net profit of 18 million 600 thousand yuan, 44 million 620 thousand yuan and 38 million 50 thousand yuan.

Luo thinking has also been exposed, will start a new round of financing, before the valuation of 7 billion yuan. Among them, the issue of new shares of 370 million yuan, the size of the transfer of the old shares of 590 million yuan, a total of 960 million yuan to raise funds.

Xue Jiangwu was chosen as the undertaker of the case at random.

Although the process is random, it reflects the inevitability of deepening the reform of the judicial system.

In June this year, the Anhui provincial procuratorate formulated and promulgated the measures for the dynamic administration of public procurators in the procuratorial posts of Anhui province (Trial Implementation).

At the same time, the Anhui provincial procuratorate and the number of investigators of the procuratorates at all levels into the amount of leading cadres made clear requirements, provincial, municipal and county procuratorate investigators, respectively 5%, 10% and 15% shall not be lower than the official posts within the hospital are handling capacity.

Large prosecutors appear in court, reflects the credibility of the judiciary, improve the status of the judiciary in the minds of the people. It is not hard to explain why in the courtroom, the gallery people evaluate Xue Jiangwu's speech "reasonable, clear, is really not easy!"

Judicial leaders such as Xue Jiangwu, came to the trial line of investigators, has not been an example.

Since the beginning of the eighteen year, the national procuratorial organs have carried out experiments in 3 batches, and comprehensively promoted the reform of the judicial responsibility system. A total of 87 thousand posts and procurators have been elected. Among these, there are many like Xue Jiangwu, second in command of the procuratorates at all levels. These rare "big shots" are increasingly appearing in front of people in need.

Recently, the intermediate people's Court of Shanxi, Taiyuan province held a public hearing in conjunction with the intentional homicide case. The dean of Hou Xiaodong as the presiding judge, procurator of Changning Municipal People's Procuratorate as the new prosecutor in court to support the prosecution. This is within the scope of the Shanxi municipal law inspection "two long", the first case with the court.

Coincidentally, in Danyang City, Jiangsu Province, recently also appeared in the city people's court president Tang Dongsheng as the presiding judge, city procuratorate of rectangular, as the prosecutor in court to support the prosecution of the law review "two long" one case of the king.