一直对特朗普抱持批判态度的《经济学人》，貌似已对特朗普彻底失去了期望，认为特朗普接手的由多边主义占优势的世界在特朗普的领导下将极可能沦落为一个由双边主义和区域主义占优势的世界，并向全球发出这样的呼吁：The world must prepare for trouble. 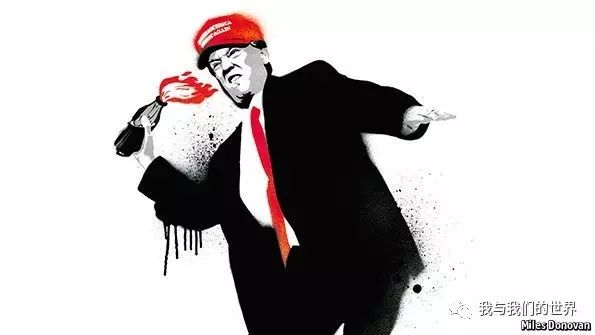 An insurgent in the White House

As Donald Trump rages against the world he inherited as president, America’s allies are worried—and rightly so

WASHINGTON is in the grip of a revolution. The bleak cadence of last month’s inauguration was still in the air when Donald Trump lobbed the first Molotov cocktail of policies and executive orders against the capital’s brilliant-white porticos. He has not stopped. Quitting the Trans-Pacific Partnership, demanding a renegotiation of NAFTA and a wall with Mexico, overhauling immigration, warming to Brexit-bound Britain and Russia, cooling to the European Union, defending torture, attacking the press: onward he and his people charged, leaving the wreckage of received opinion smouldering in their wake.

To his critics, Mr Trump is reckless and chaotic. Nowhere more so than in last week’s temporary ban on entry for citizens from seven Middle Eastern countries—drafted in secret, enacted in haste and unlikely to fulfil its declared aim of sparing America from terrorism. Even his Republican allies lamented that a fine, popular policy was marred by its execution.

In politics chaos normally leads to failure. With Mr Trump, chaos seems to be part of the plan. Promises that sounded like hyperbole in the campaign now amount to a deadly serious revolt aimed at shaking up Washington and the world.

To understand Mr Trump’s insurgency, start with the uses of outrage. In a divided America, where the other side is not just mistaken but malign, conflict is a political asset. The more Mr Trump used his stump speeches to offend polite opinion, the more his supporters were convinced that he really would evict the treacherous, greedy elite from their Washington salons.

His grenade-chuckers-in-chief, Stephen Bannon and Stephen Miller, have now carried that logic into government. Every time demonstrators and the media rail against Mr Trump, it is proof that he must be doing something right. If the outpourings of the West Wing are chaotic, it only goes to show that Mr Trump is a man of action just as he promised. The secrecy and confusion of the immigration ban are a sign not of failure, but of how his people shun the self-serving experts who habitually subvert the popular will.

The politics of conflict are harnessed to a world view that rejects decades of American foreign policy. Tactically, Mr Trump has little time for the multilateral bodies that govern everything from security to trade to the environment. He believes that lesser countries reap most of the rewards while America foots the bill. It can exploit its bargaining power to get a better deal by picking off countries one by one.

Mr Bannon and others reject American diplomacy strategically, too. They believe multilateralism embodies an obsolete liberal internationalism. Today’s ideological struggle is not over universal human rights, but the defence of “Judeo-Christian” culture from the onslaught of other civilisations, in particular, Islam. Seen through this prism, the UN and the EU are obstacles and Vladimir Putin, for the moment, a potential ally.

Nobody can say how firmly Mr Trump believes all this. Perhaps, amid the trappings of power, he will tire of guerrilla warfare. Perhaps a stockmarket correction will so unsettle the nation’s CEO that he will cast Mr Bannon out. Perhaps a crisis will force him into the arms of his chief of staff and his secretaries of defence and state, none of whom is quite the insurgent type. But don’t count on it happening soon. And don’t underestimate the harm that could be done first.

Americans who reject Mr Trump will, naturally, fear most for what he could do to their own country. They are right to worry, but they gain some protection from their institutions and the law. In the world at large, however, checks on Mr Trump are few. The consequences could be grave.

Without active American support and participation, the machinery of global co-operation could well fail. The World Trade Organisation would not be worthy of the name. The UN would fall into disuse. Countless treaties and conventions would be undermined. Although each one stands alone, together they form a system that binds America to its allies and projects its power across the world. Because habits of co-operation that were decades in the making cannot easily be put back together again, the harm would be lasting. In the spiral of distrust and recrimination, countries that are dissatisfied with the world will be tempted to change it—if necessary by force.

What to do? The first task is to limit the damage. There is little point in cutting Mr Trump off. Moderate Republicans and America’s allies need to tell him why Mr Bannon and his co-ideologues are wrong. Even in the narrowest sense of American self-interest, their appetite for bilateralism is misguided, not least because the economic harm from the complexity and contradictions of a web of bilateral relations would outweigh any gains to be won from tougher negotiations. Mr Trump also needs to be persuaded that alliances are America’s greatest source of power. Its unique network plays as large a role as its economy and its military might in making it the global superpower. Alliances help raise it above its regional rivals—China in East Asia, Russia in eastern Europe, Iran in the Middle East. If Mr Trump truly wants to put America First, his priority should be strengthening ties, not treating allies with contempt.

And if this advice is ignored? America’s allies must strive to preserve multilateral institutions for the day after Mr Trump, by bolstering their finances and limiting the strife within them. And they must plan for a world without American leadership. If anyone is tempted to look to China to take on the mantle, it is not ready, even if that were desirable. Europe will no longer have the luxury of underfunding NATO and undercutting the EU’s foreign service—the closest it has to a State Department. Brazil, the regional power, must be prepared to help lead Latin America. In the Middle East fractious Arab states will together have to find a formula for living at peace with Iran.

A web of bilateralism and a jerry-rigged regionalism are palpably worse for America than the world Mr Trump inherited. It is not too late for him to conclude how much worse, to ditch his bomb-throwers and switch course. The world should hope for that outcome. But it must prepare for trouble. 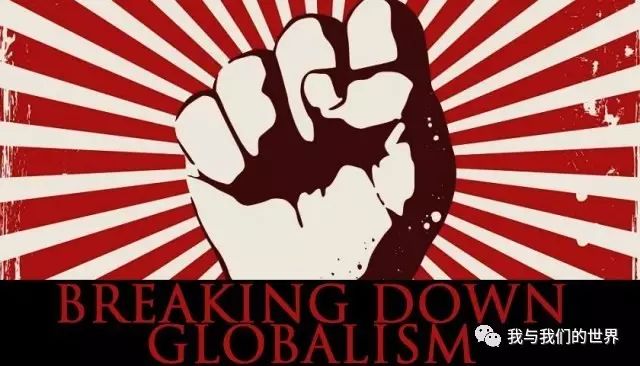