Introduction: CCTV News network team was at Beijing No.24 Middle School on May 31st 2017 for the program “visiting the school closed to your home”, where new courses were introduced with excellent examples ineducation. Vice director of Education Committee Ms. YOU Na, President of No. 24 Middle School Mr. Niu Xiao Hua entered Art Synaesthesia Classroom with CCTV Journalist. This project has been developed jointly by teacher Ms. JIANG Xin, LIU Liyun, XU Qing and ZHANG Na with Artist Ninghui XIONG, the father of one student. What demonstrated here were the artworks of the students inspired andcreated after recent activity for “travel learning” by school, including poetry,painting and music combination in a culture tradition way in China, where synaesthesia concept had been introduced.

Journalist: Is this a traditional culture course?

President Niu: This is a painting coursebut with new and creative way as you can see here painting and music are integrated together. 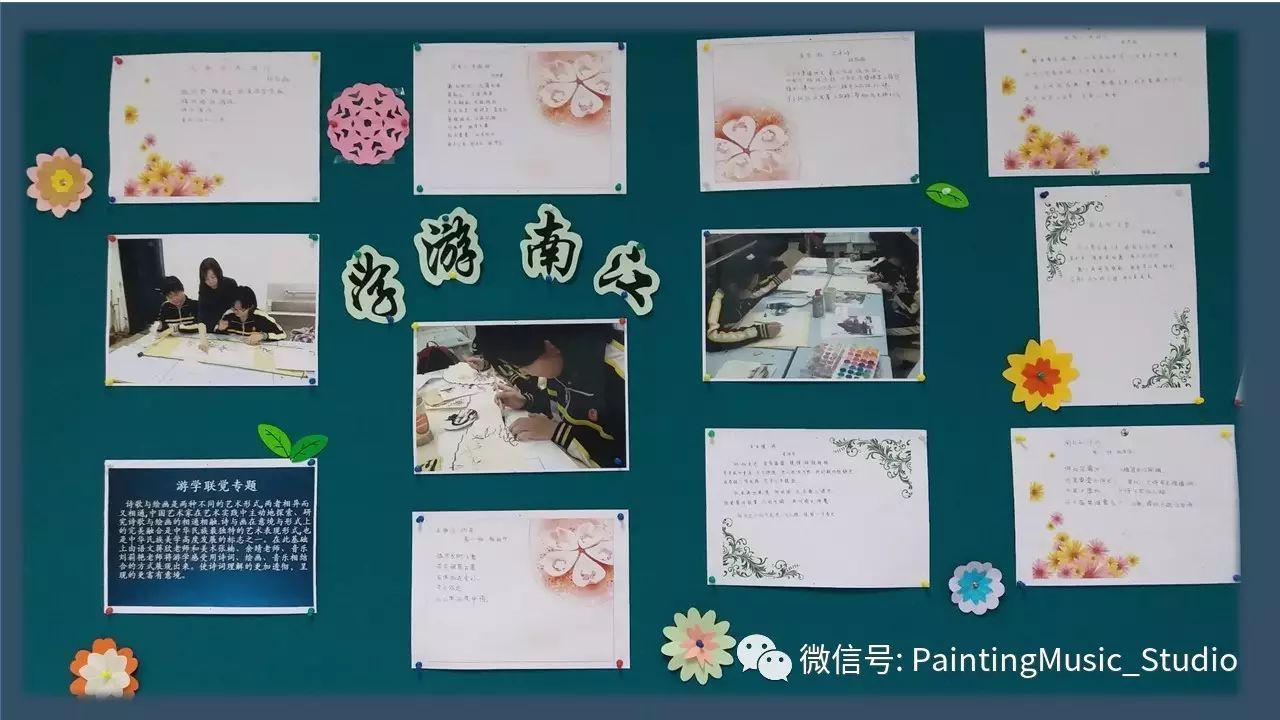 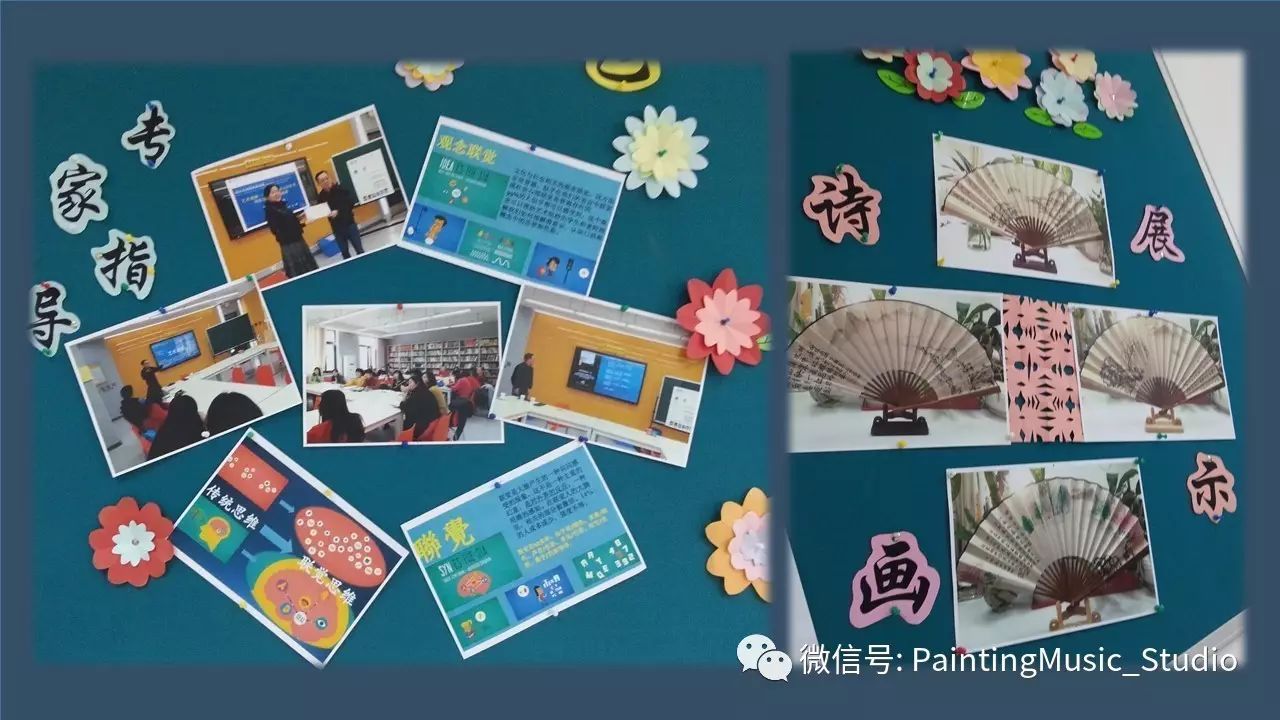 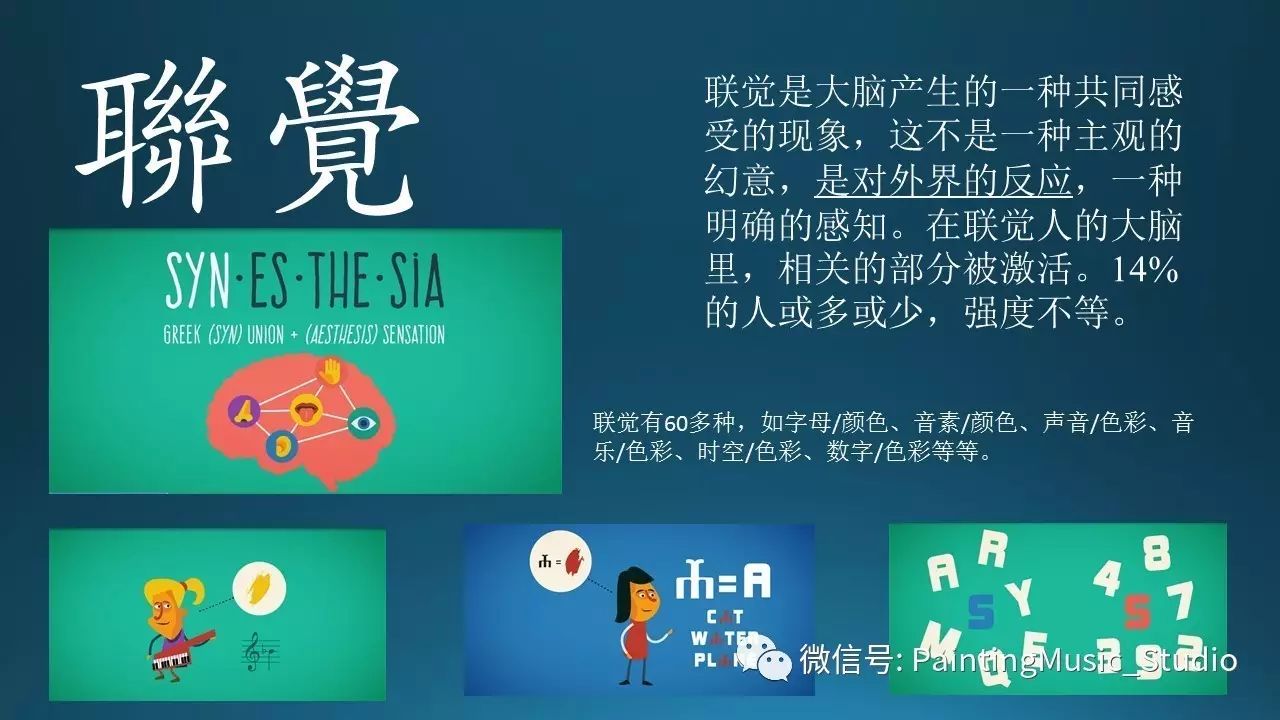 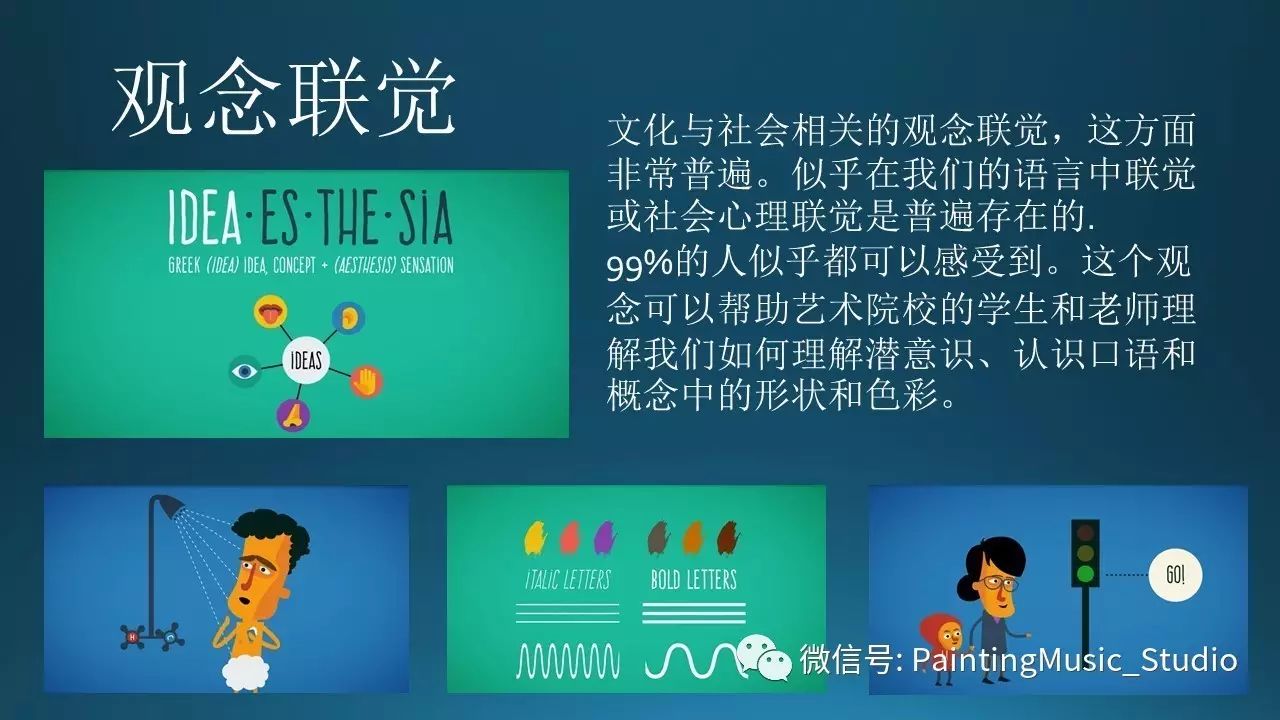 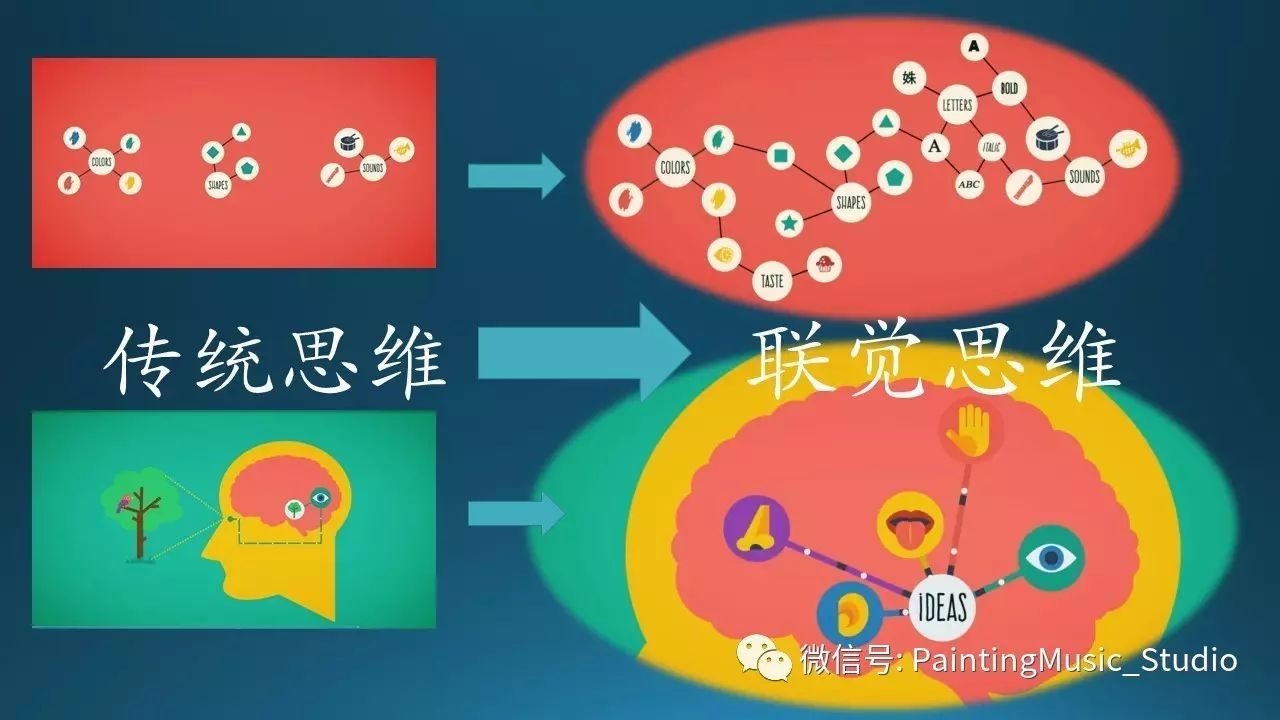 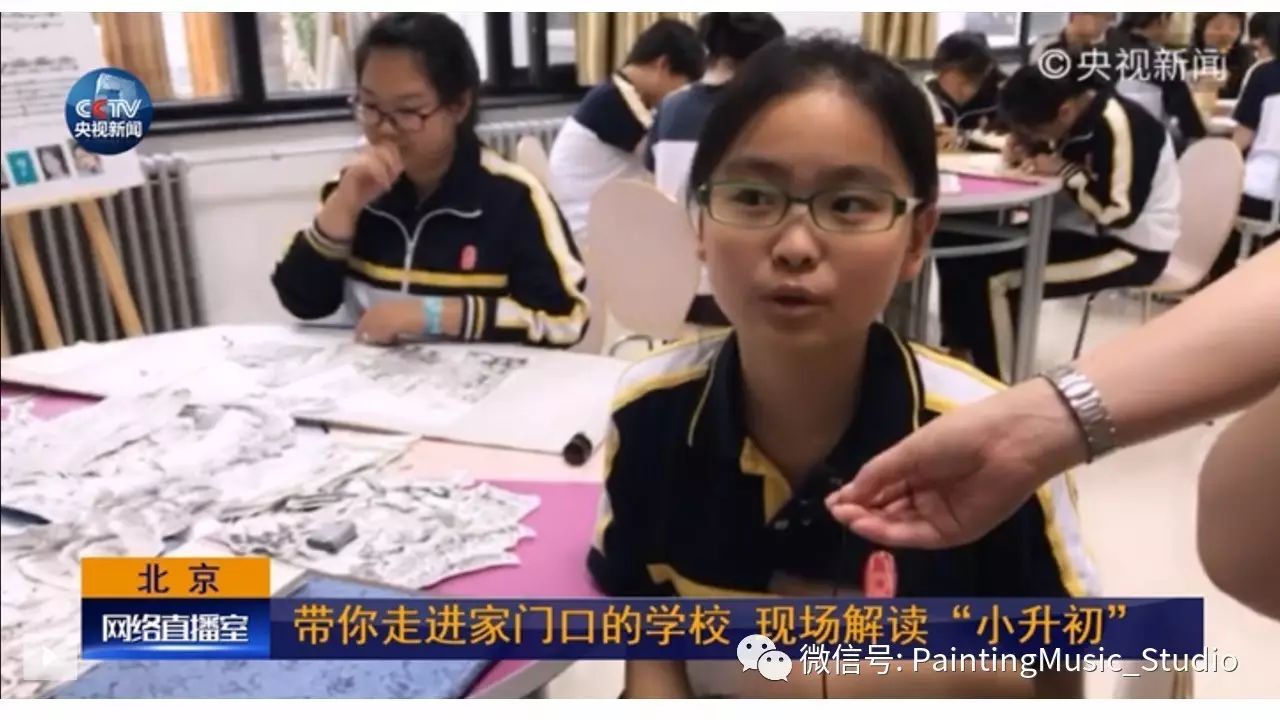 Student（Chen Yining）: This is anart synaesthesia course, feature in interdisciplines. The purpose is to increasing the ability of creativity. Synaesthesia also means sensory in union, “通感” in Chinese. 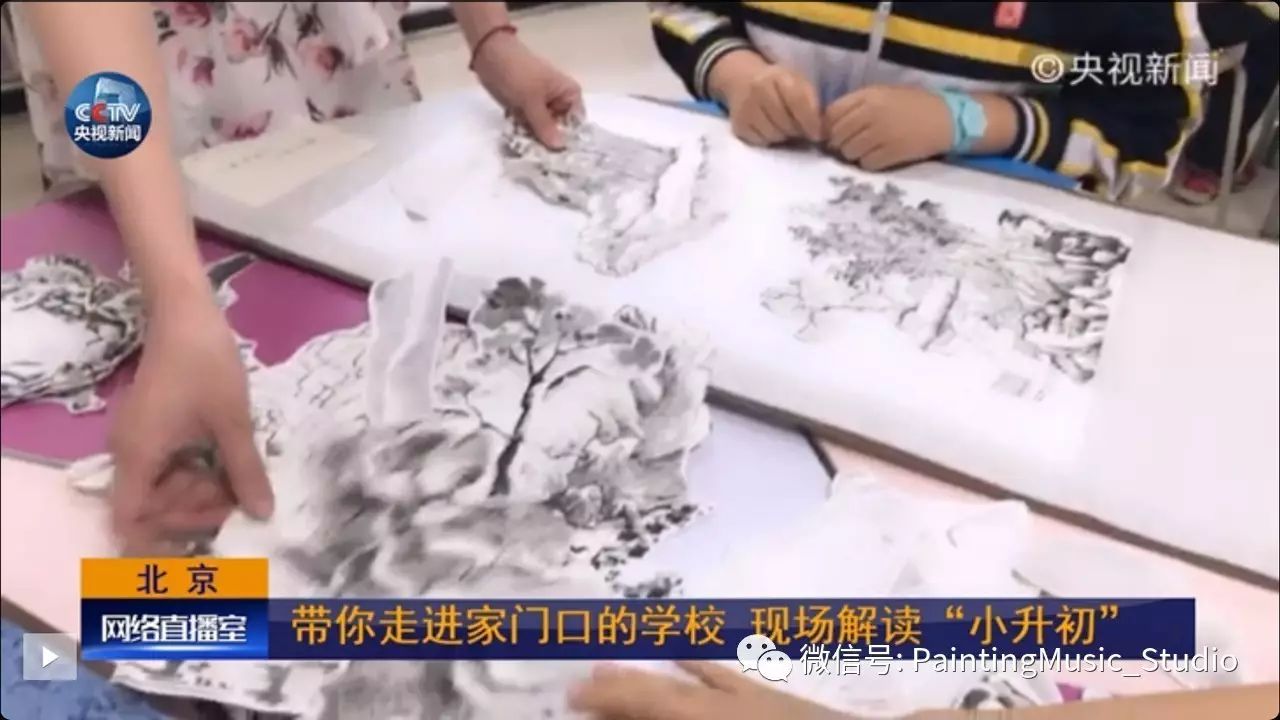 Teacher YU Qing: In this session, students select the poem to visualize it through collage with different parts.The composition in space is the main point of training…. There are other ways for practice as well. That one is the painting on a fan to express students’own poems that were made during their “travel learning” activity. 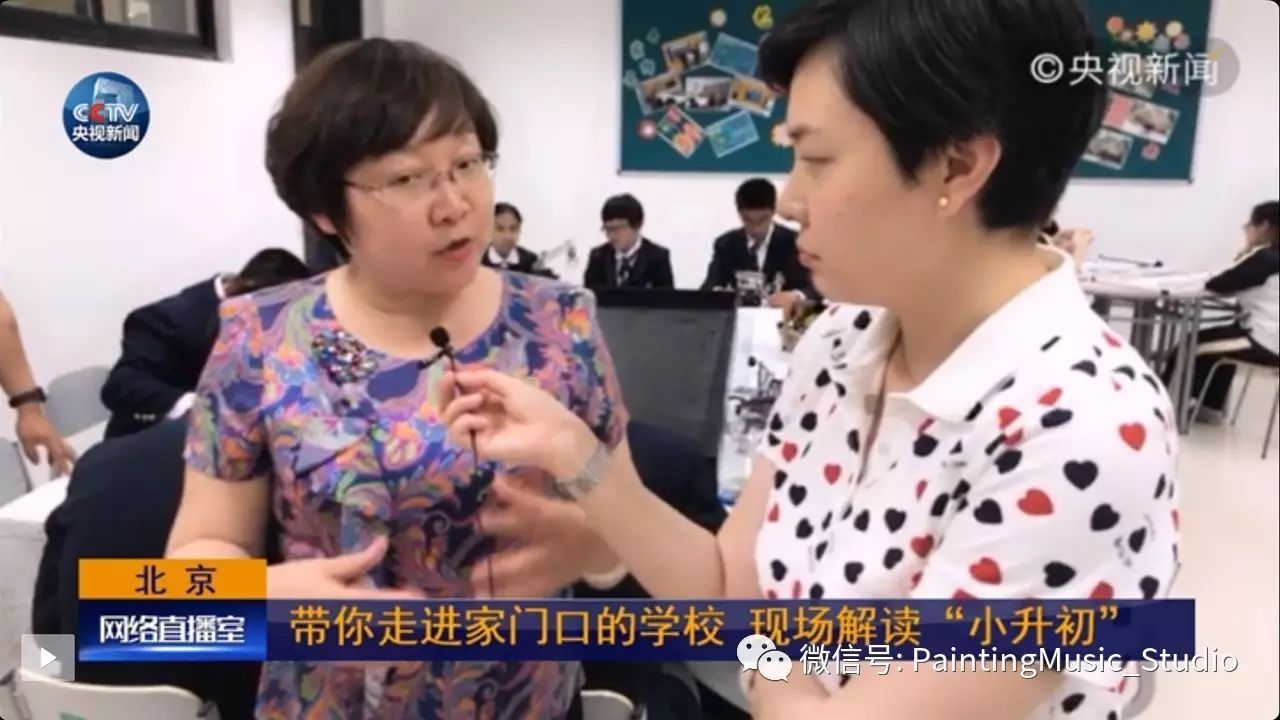 Journalist: So, all the students here attended the “travel learning” activity,is it right? How could the project bring to us?

Director YOU Na: Yes. “Travel learning”activity is an education program to organize students travel to the towns inthe south of Yang Zi River by stations. Through this activity, the students made a study to combine local folk, culture, geography, history and people together,it is a learning by practice program with much more benefits.

Teacher JIANG Xin: Besides of this, as another part of the course, the students here are doing music composition according to their poems, coached by the teacher, so that music, painting and literature can work together as one organic system. Student（Li Jiahan）: I am doing one music composition for performance which links the name of each city/town we visited, Huanzhou, Shaoxing, SuZhou and Wuzhen. 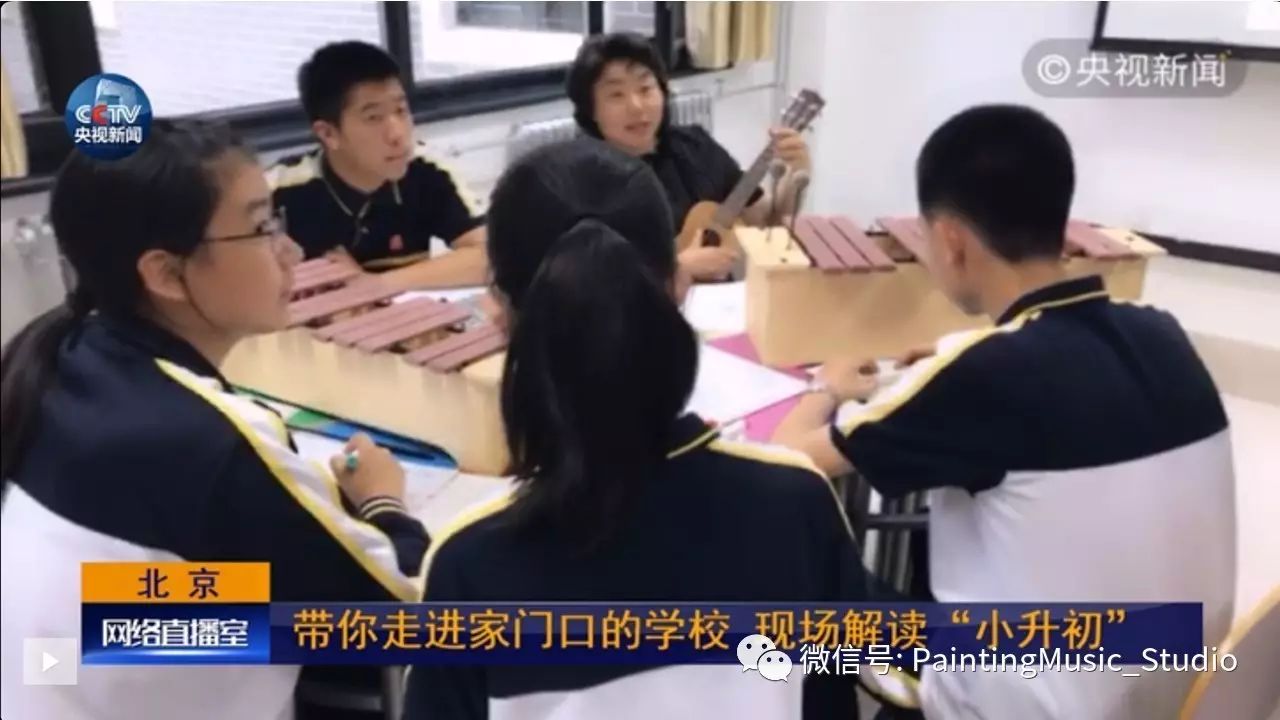 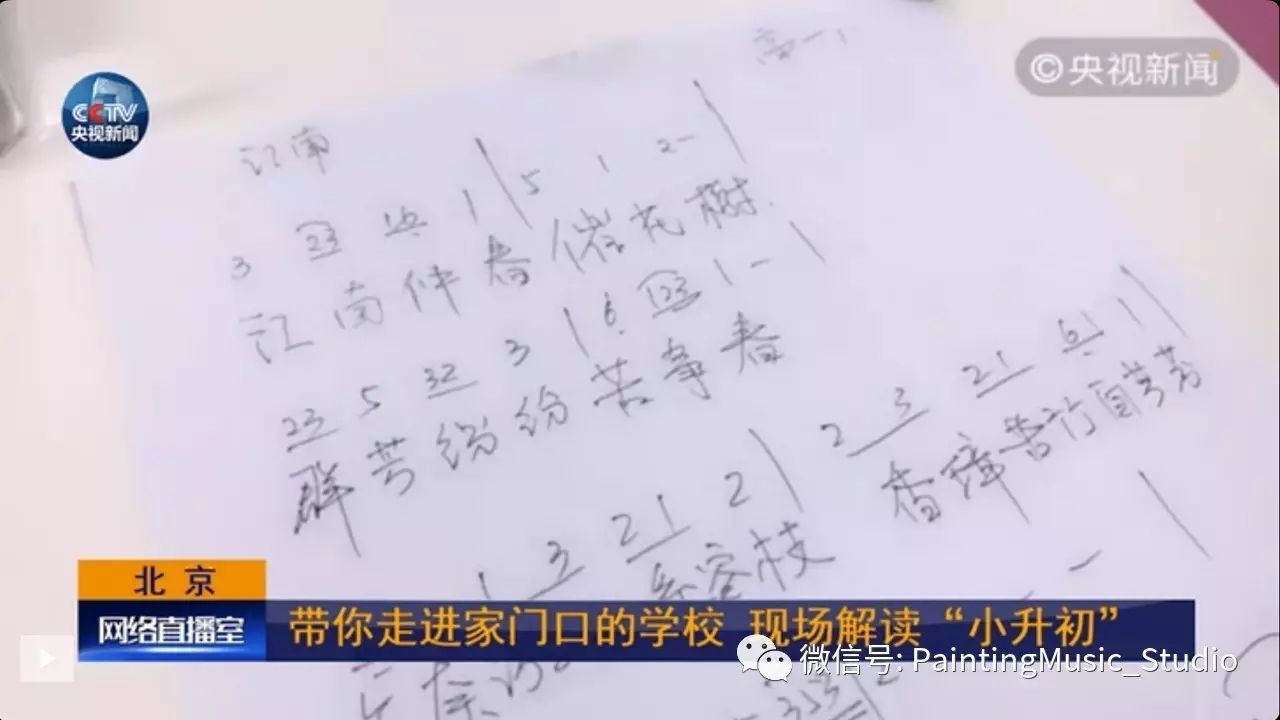 Teacher LIU Liyun: “A Trip to West Lake”, “South of Yang Zi River” those songs were made by students according totheir own poems. I just guide them with a little modification. 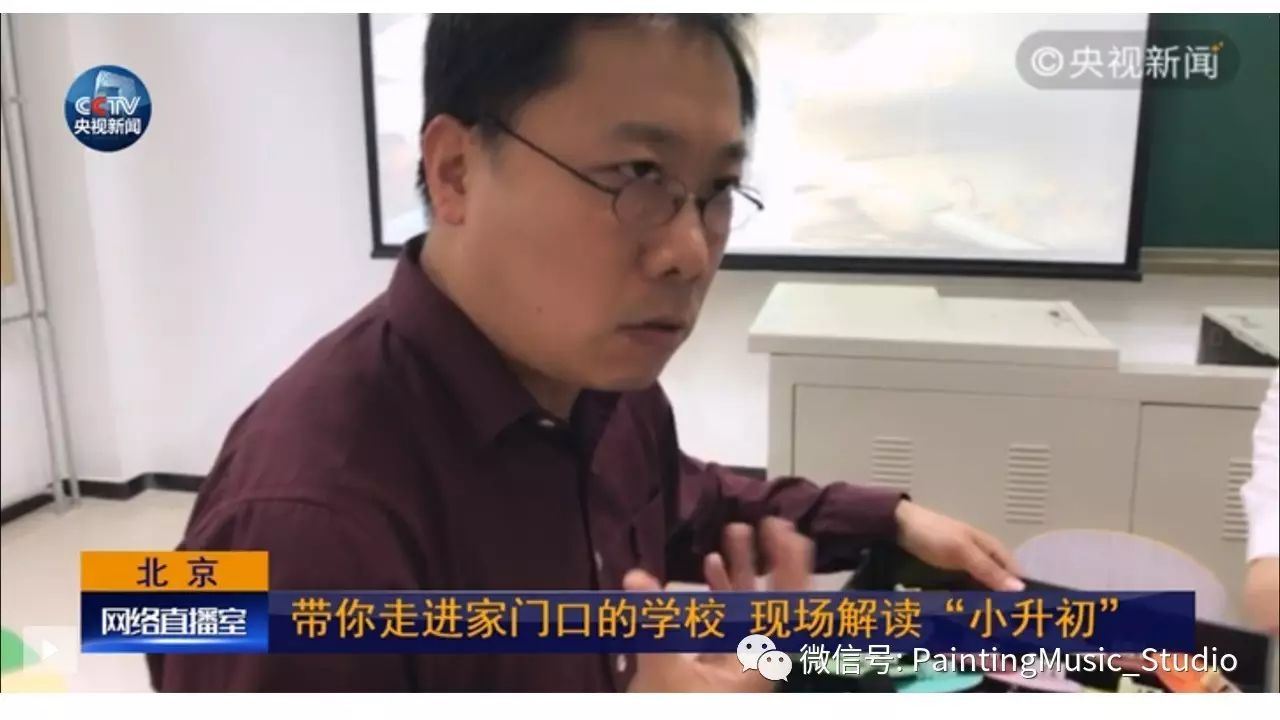 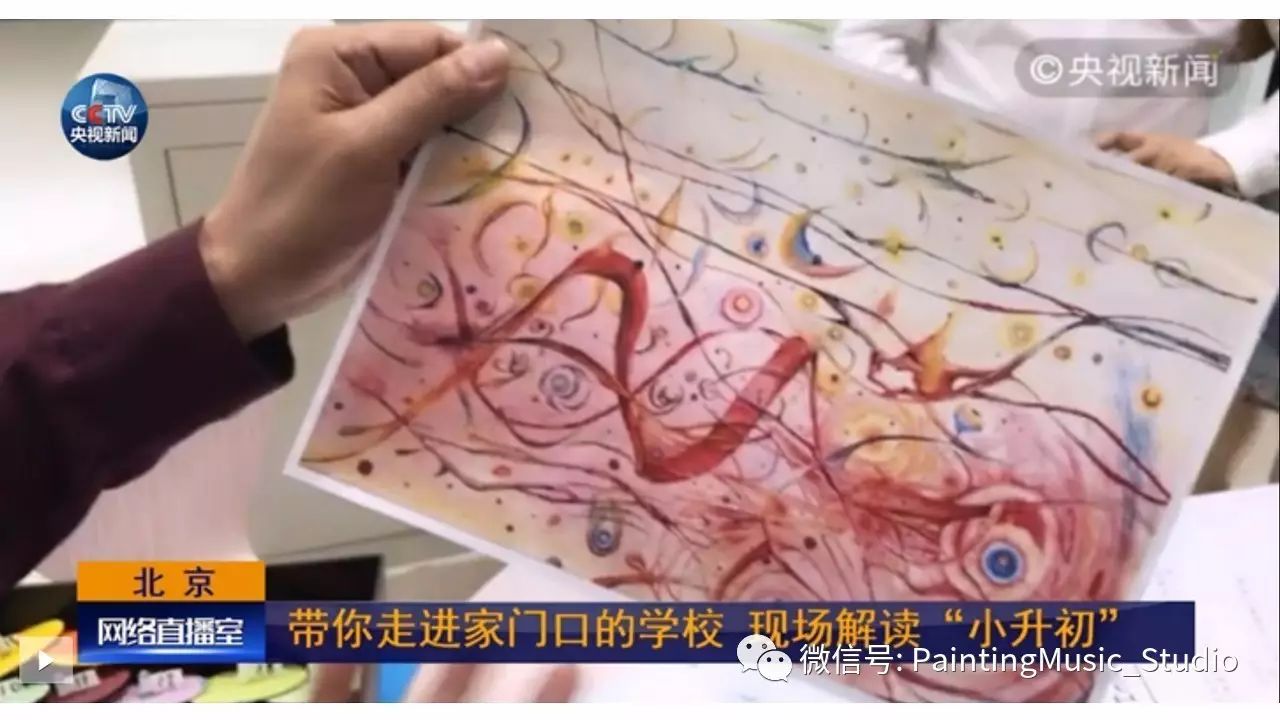 Teacher JIANG Xin: This is Ninghui XIONG, father of one of our students; he is also an artist and expert for synaesthesia. We invited him and worked together to develop the course. For next step, we are going to introduce synaesthesia related to western music into our course as well.

Ninghui: For example, about Bolero Dance, composed by Ravel, my friend Timothy B. Layden,a UK Synesthesia Artist made the painting as a summary of music. At the beginning, it looks quite pure and light, but later becomes bright and great. But I would like to ask, can we visualize the music by other way? Yes, this is a series of tops created by myself. At the beginning, the top is quite cold and light in colors, but later the color of tops are becoming warm and great. The purpose of the example is to inspire the students to find their own way for visualize the music, thinking about the change of the timbre and relation of melody in between. This is very useful to develop their creative thinking and make brain with firework everywhere. 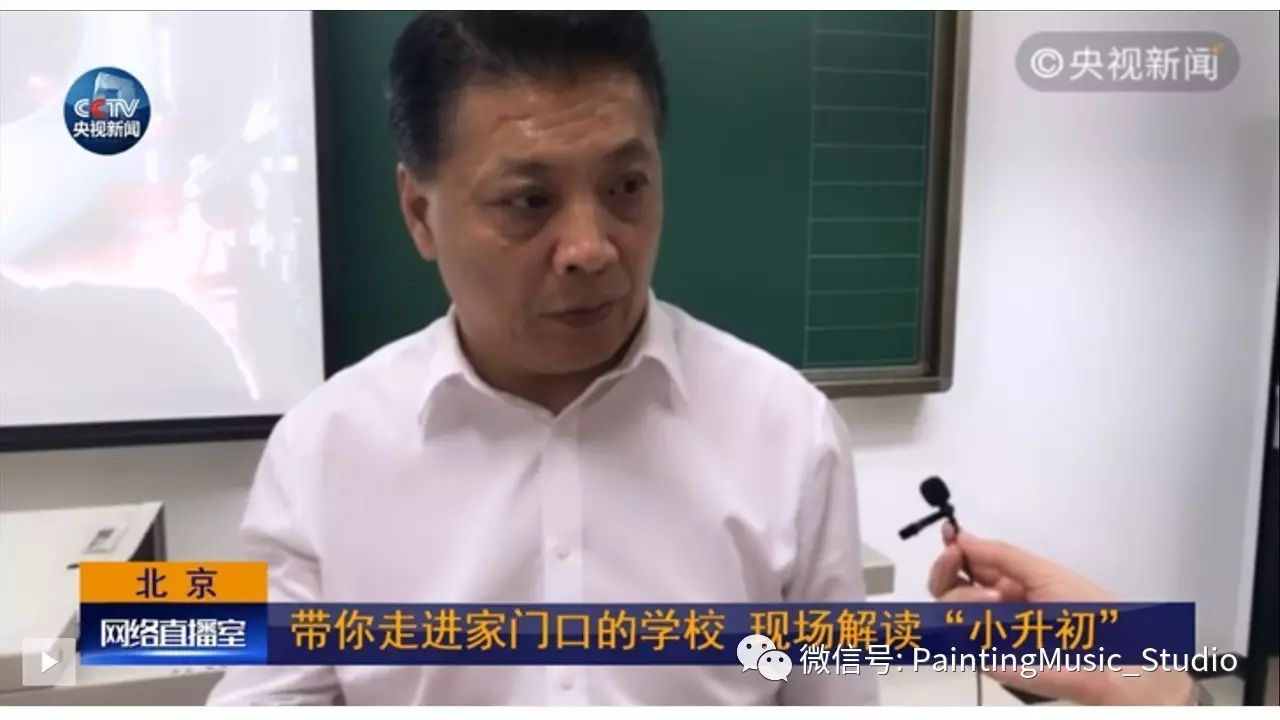 President NIU: This is typical example of our way for education today in our school.Teachers not only work on the courses given, but also have the responsibility to develop and design new course, to improve students’ learning skills withsense of innovation.

Postscript: Early in 2017, invited by Vice president of Beijing No.24 Middle School Ms. HE Zhujun and Teacher Ms. Jiang Xin, the Synaesthesia Artist Ninghui XIONG, the father of one student in the school to present a lecture about synaesthesia in art education, synaesthesia thinking in traditional Chinese culture. 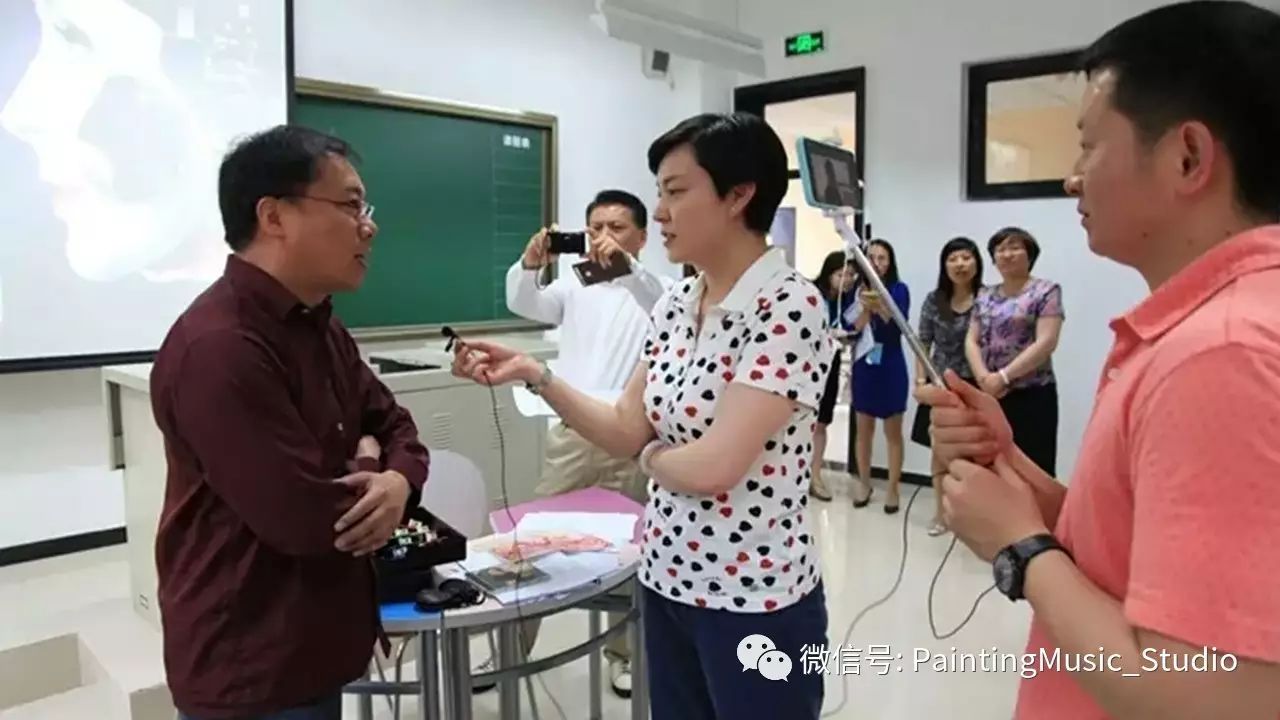 Ninghui XIONG has studied synaesthesia in art and made practicein painting by developing methodology nearly 10 years in China. He attended international conferences to present his speeches, such as V International Congress for Synaesthesia held in Spain, the speech topic was “ synaesthesia inart and culture in China”. He said that, according to some research studies in synaesthesia, we are all born with synaesthesia, but it is lost when we grow up. However, through certain practice, it could be recovered partially. That is why we need to do a survey and promote synaesthesia as holistic thinking for creativity like Artecitta synaesthesia survey designed and conducted by Maria José De Córdobasince 2006 (Ref:与联觉艺术家Maria José De Córdoba的访谈). Because it shows for those who have synaesthesia normally are quite balanced in audial, visual, kinesthesia and digital, and it is quite interesting and consistent with cultural tradition in China for the integration of poetry, painting, music and dance. In his paper he highlighted some examplesin Chinese culture “poetic and vision in the music, music and vision in thepoem, music and vision in the Chinese calligraphy, music and poetic in Chinese painting and garden, it is difficult to separate them. For ancient Chinese intellectuals who were good at literature and poetry, usually they should be good at Chinese calligraphy, painting, music and opera at the same time. Therefore, for classic art or music (no matter for which category), it contains multi-synaesthesia or multi-dimension meaning. It is quite interestin gtopic.” The aim of such practices is to have firework lighting up everywhere in the brain as a current neuroscientist said.

Following the theory and supported by Ninghui, the project team created a new way of education from single discipline category mode to interdisciplinary mode to combine literature, art and music together. For those students after training, their performance in “activityof travel learning to the south cities”, has demonstrated excellent result in creative sense, smart learning and good memory as an achievement shown here during CCTV interview program. 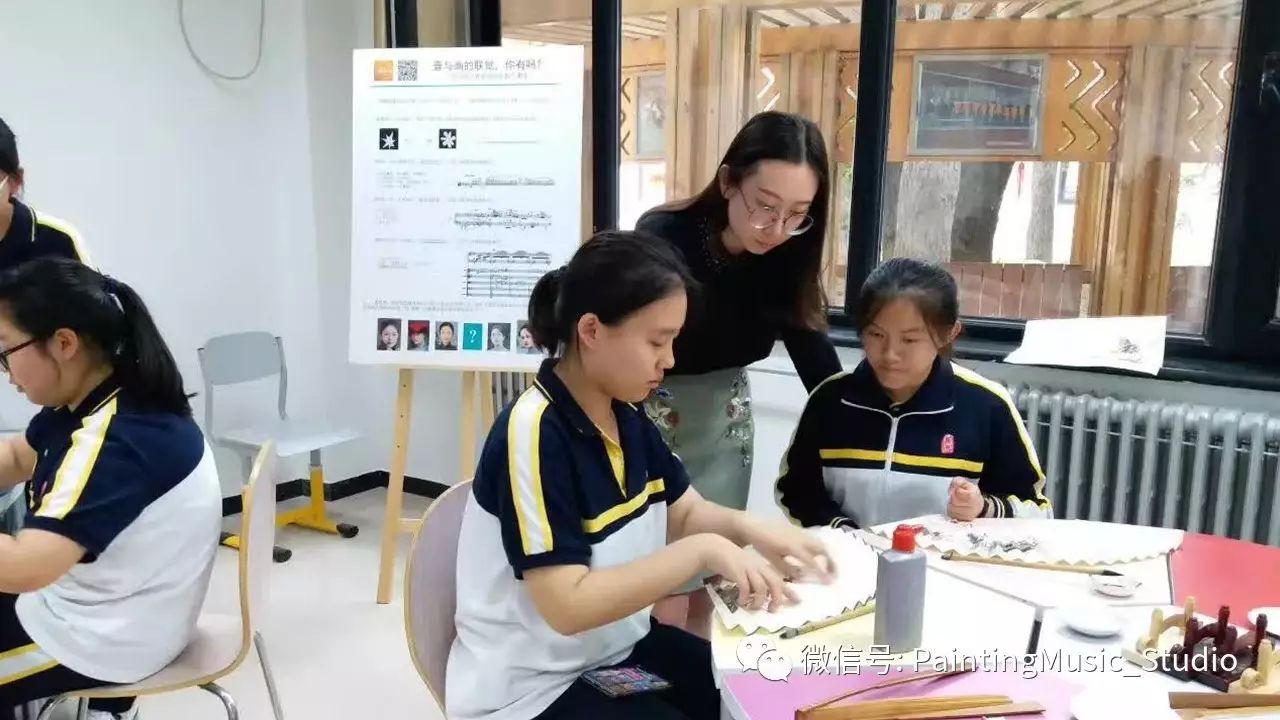 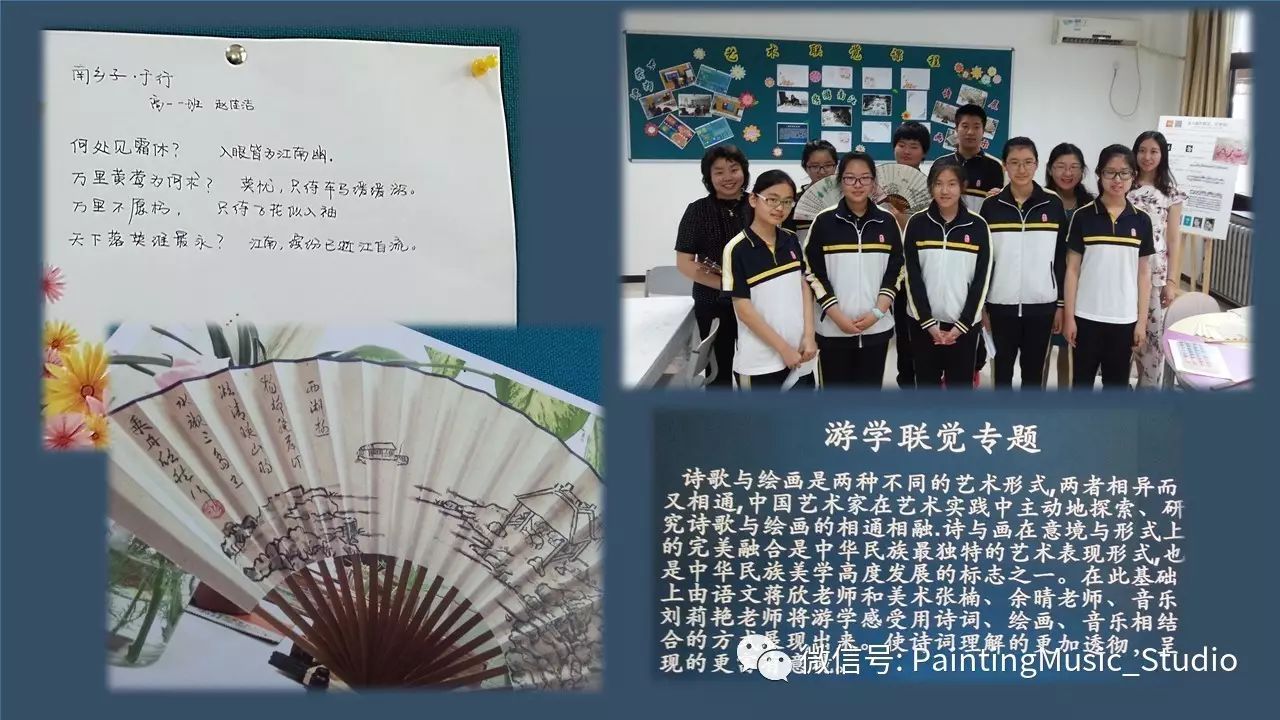 Timothy B. Layden, Originallyfrom Seattle, USA. Timothy has lived and worked in the USA, Mexico, Japan,Italy, Spain and the UK as an artist, performer, musician, teacher, researcher,activist, designer and curator. He is now working on a series of paintings anddrawings, composing music inspired in his synaesthesia, as well as a writing afictional novel where in the main character experiences synaesthesia. As an interdisciplinary artist working in painting, drawing, digital media, sound andtext, he has have exhibited his work as well as curated that of others in events and exhibitions around the world. He received a Doctorate in Fine Art from the University of Barcelona in 2005. He has been a member of the Artecitta Foundation since 2007 and is currently their UK delegate. For the 5th InternationalCongress on Science Art and Synaesthesia in Spain, 2015, he curated an international exhibition of art by synesthetic artists. He has published and presented various papers on the subject of art and synaesthesia for the Artecitta foundation. He has worked closely with James Wannerton, the president of the UK Synaesthesia Association, in art events in the UK. ( Ref: What is synaesthesia in art?)

Thanks to Beijing No.24 Middle School, CCTV News for the promotion of the synaesthesia in education in China! Thanks to Ninghui Xiong, CHI Hai,Timothy B. Layden, James Wannerton, Maria José De Córdoba for their great suport to make the report possible!