The Wangyu ancient town was build in the late Ming and early Qing dynasty, mainly located on a giant rock halfway up the mountain, and it got its name because of the similar appearance to a cat that is watching the fish in the Zhougong River. Although the place became popular by the Tea Horse Road, it reflects the idea of "leaning against the mountain, surrounded by water, flat" from the Chinese tradition of Fengshui.

Wangyu is located in a deep mountain, it is relatively small in scale, and not well-known. Like other ancient villages, most of the young people here went out to work, leaving only some old people and children. They live leisurely, without any competition, peaceful and serene, which has no excitements of Tea Horse Road Station back in the old days, nor has the bustle of modern cities. Just because of this blending of the simple custom and the quaint old street, it has become one of the highlights of Wangyu.

To go to the Old Street of the ancient town, hundred of levels of steep stone steps must be climbed. 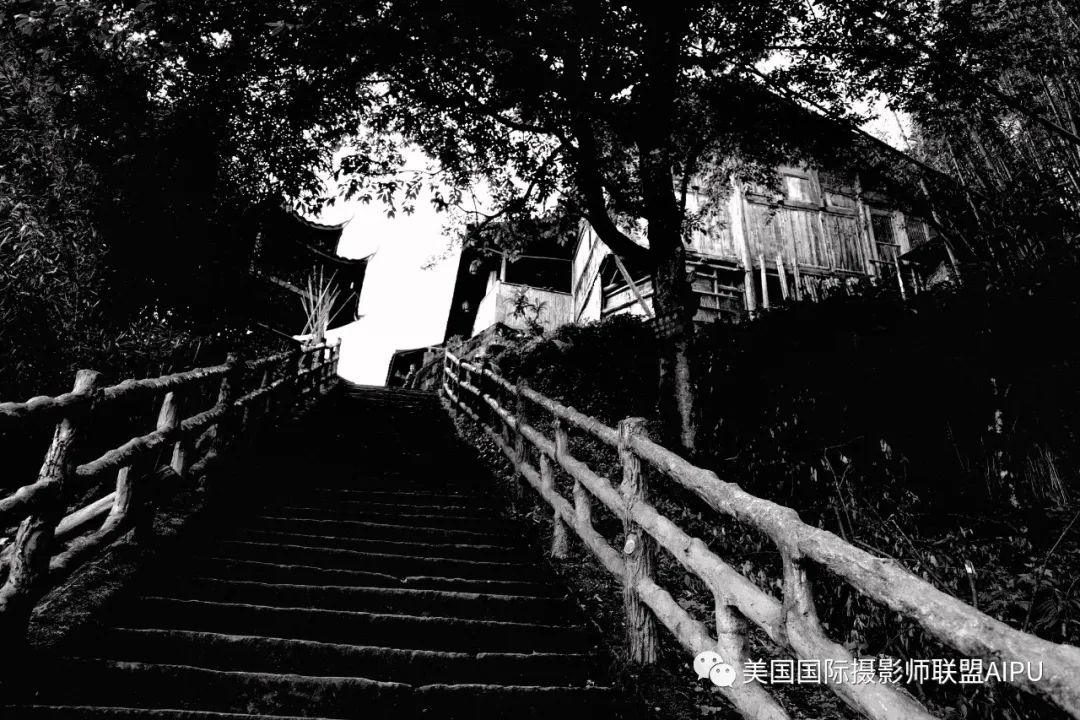 On the old street, stands a hexagon pavilion, the plaque "Wangyu Stone" written by later people is very significant. 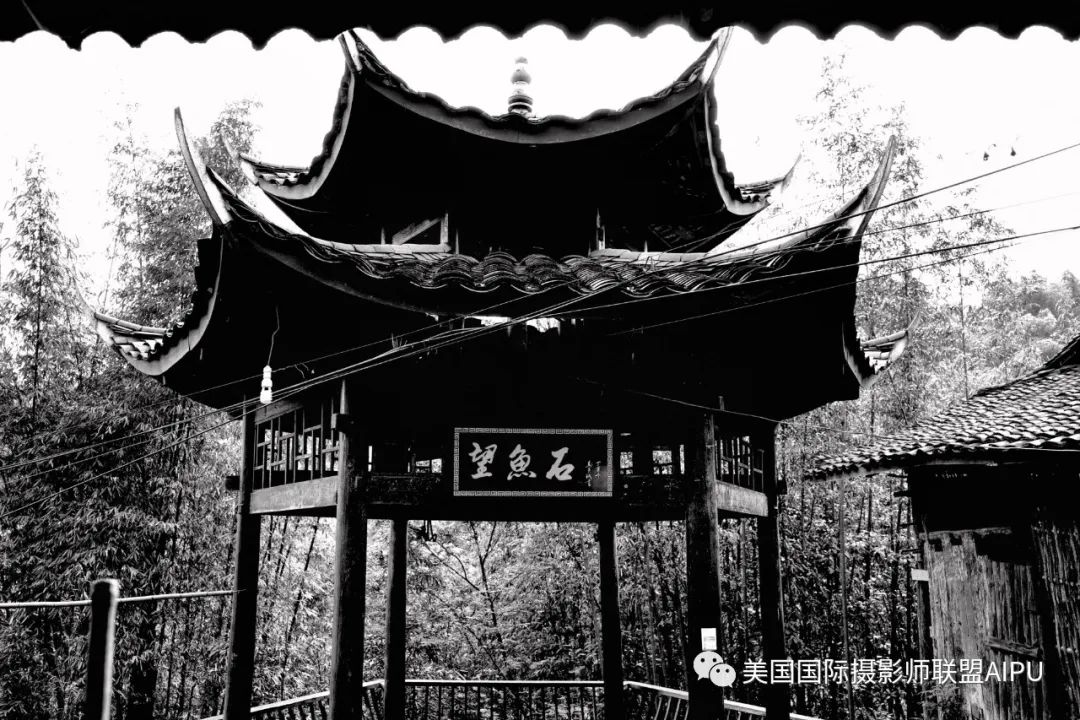 At the direct opposite side of the Wangyu Pavilion, is the old site of the Red Army propaganda movement in 1936 of "fight the landlord and get a portion of land", unfortunately, the old buildings were unseen. 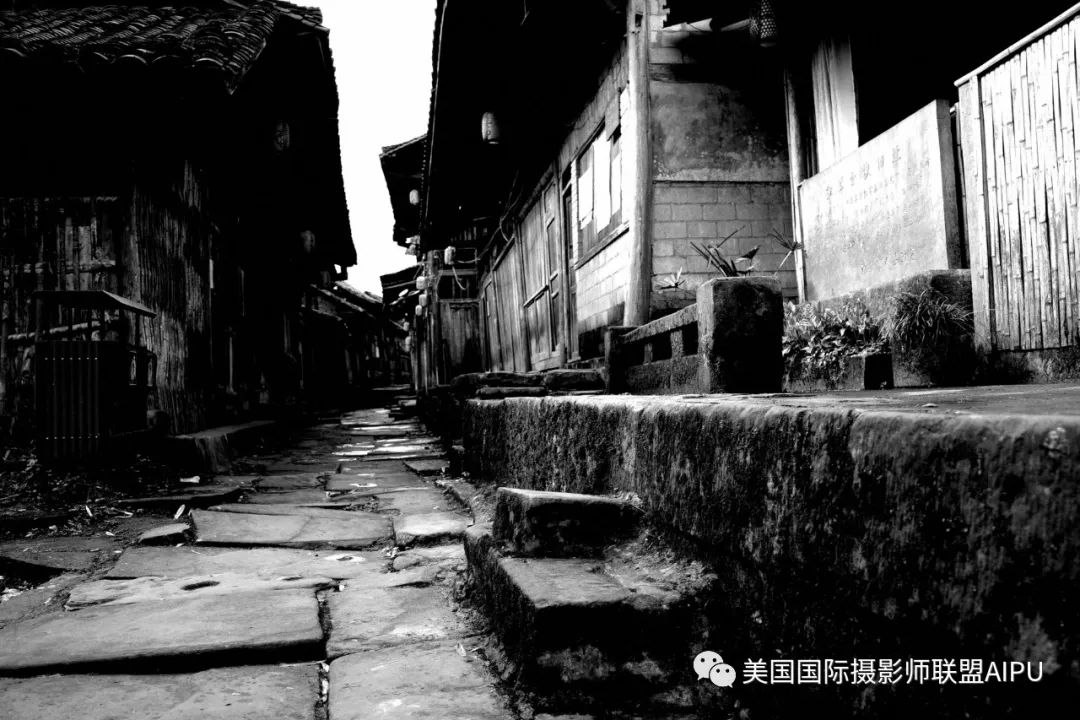 The Old Street of Wangyu is straight and long, it has more than 200 meters. There is almost no one on the street, the stone tiles run through the street, and the surface was polished by time and is shinning with lusters.

Although the steps on the street lost its edge over time, they are still as hard as rocks. 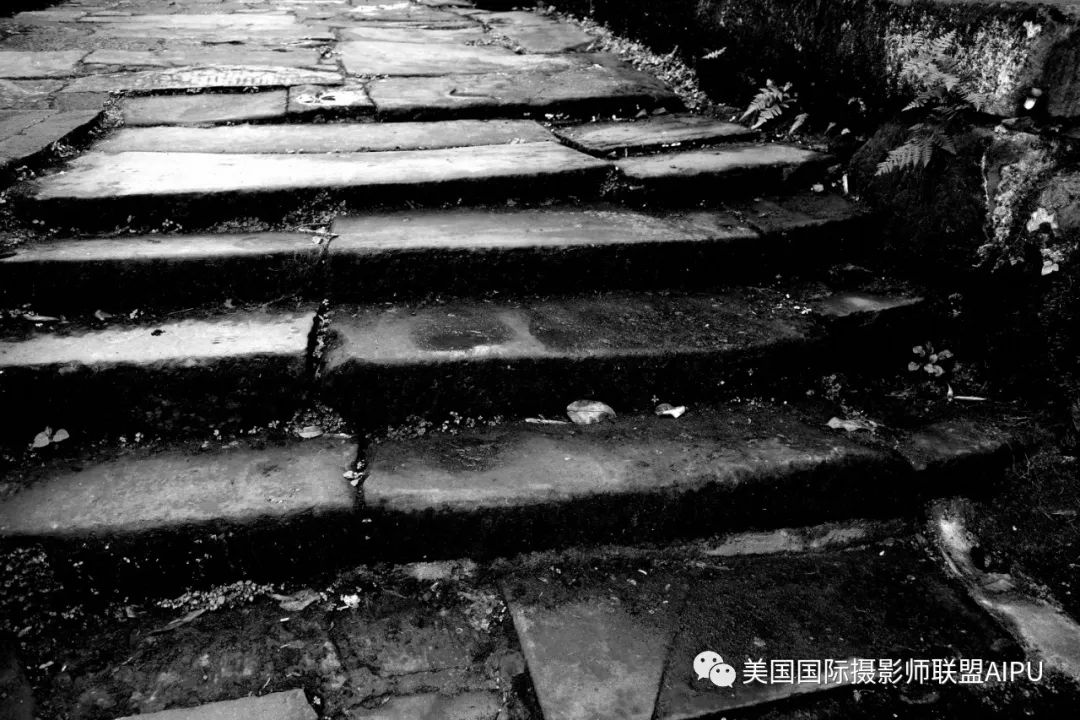 Both sides of the street are blue-tiled and hagging houses. 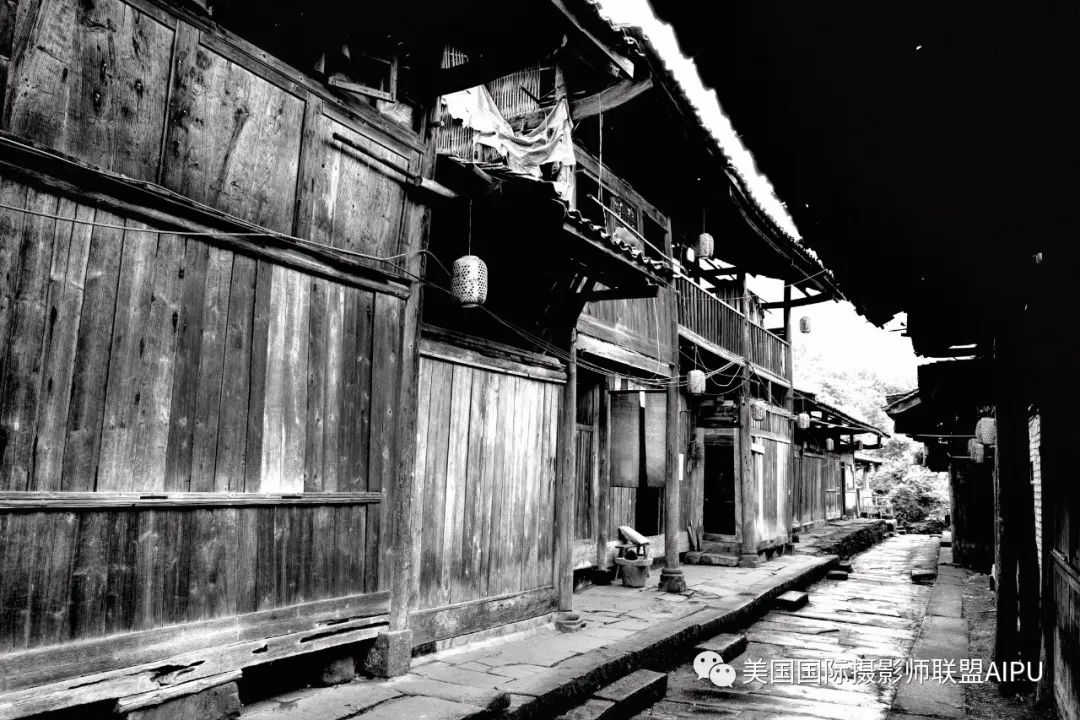 The delicate corrugated walls, corners, mullions, and carved pillars reveal the prosperity of the past.

These buildings were once government offices, banks, stores, pharmacies, embroidered buildings, hotels, restaurants, and teahouses, now they are mostly homes. 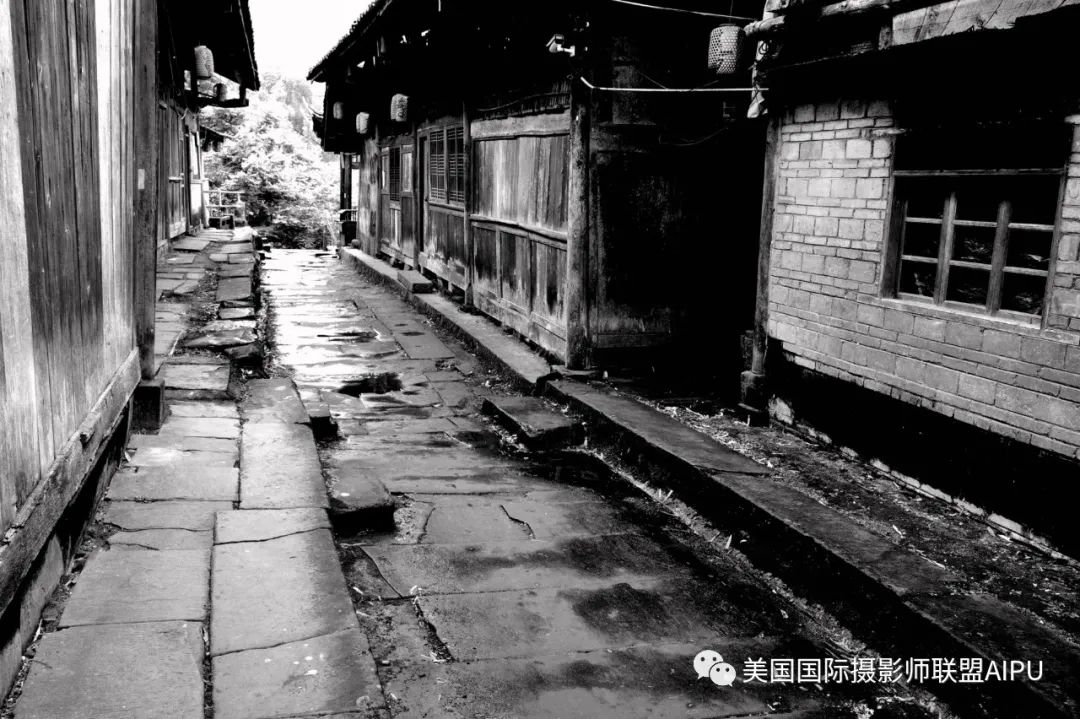 The houses on the Old Street are tilted and crumbling, but even the Ya'an earthquake a few years ago did not crush them. 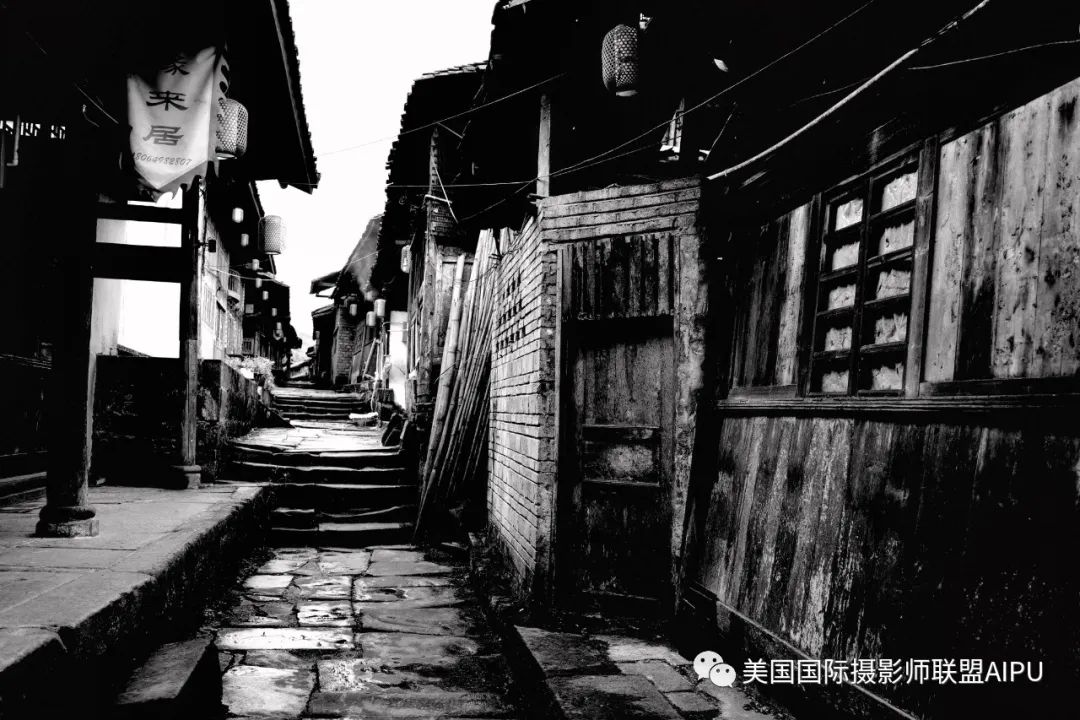 Local area rains a lot, a great number of houses used the style of "four binding head", also called "water returns the pool" type. The roofs are all supported by wooden columns, people never get wet when passing under it. 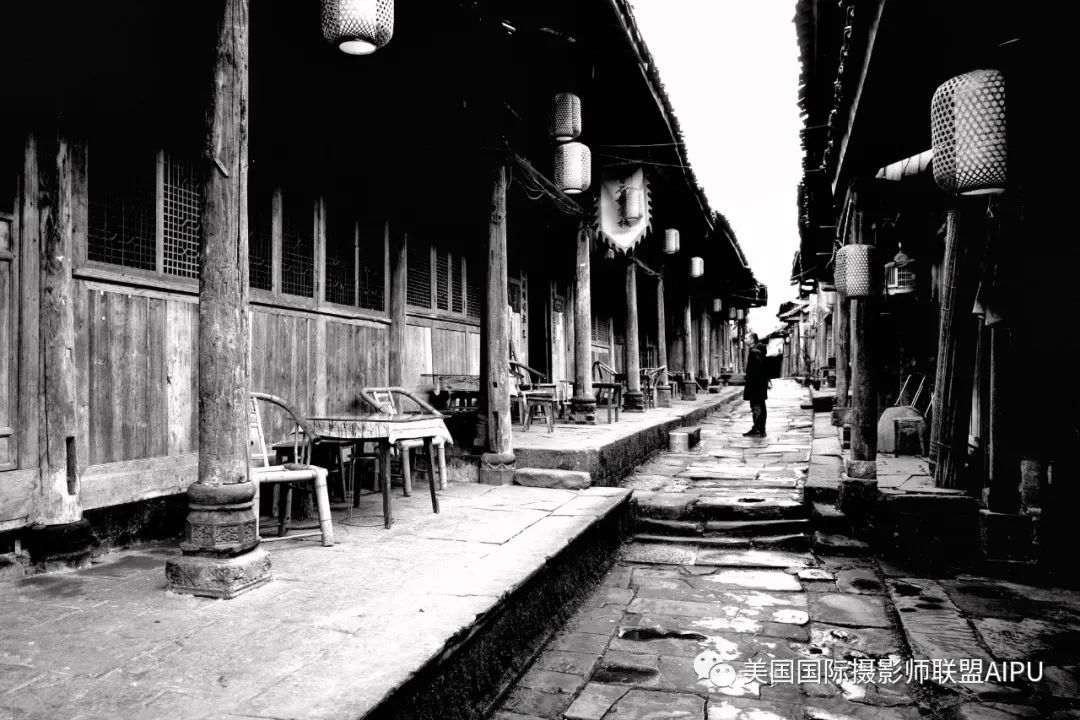 Since the floor levels of the Wangyu Old Street houses are different, the side of the steps and the street surface has holes to serve as the drainage system. In Ya'an's ancient language, it is called "sky leak". 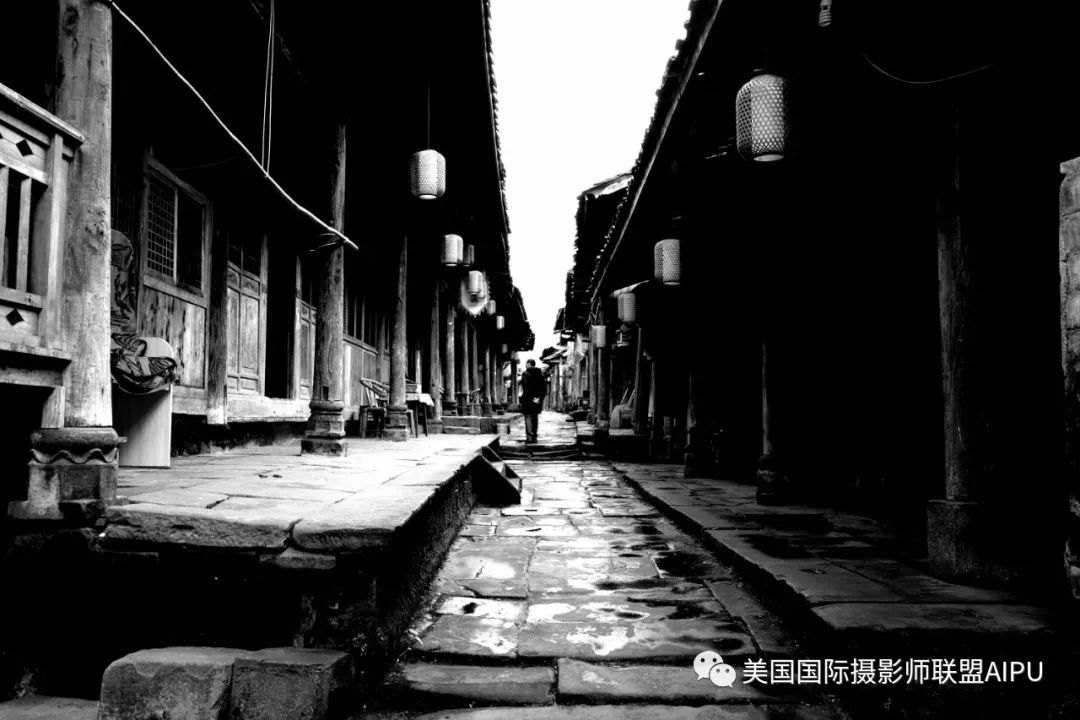 Many ancient houses raised the foundation in order to prevent water and moisture. 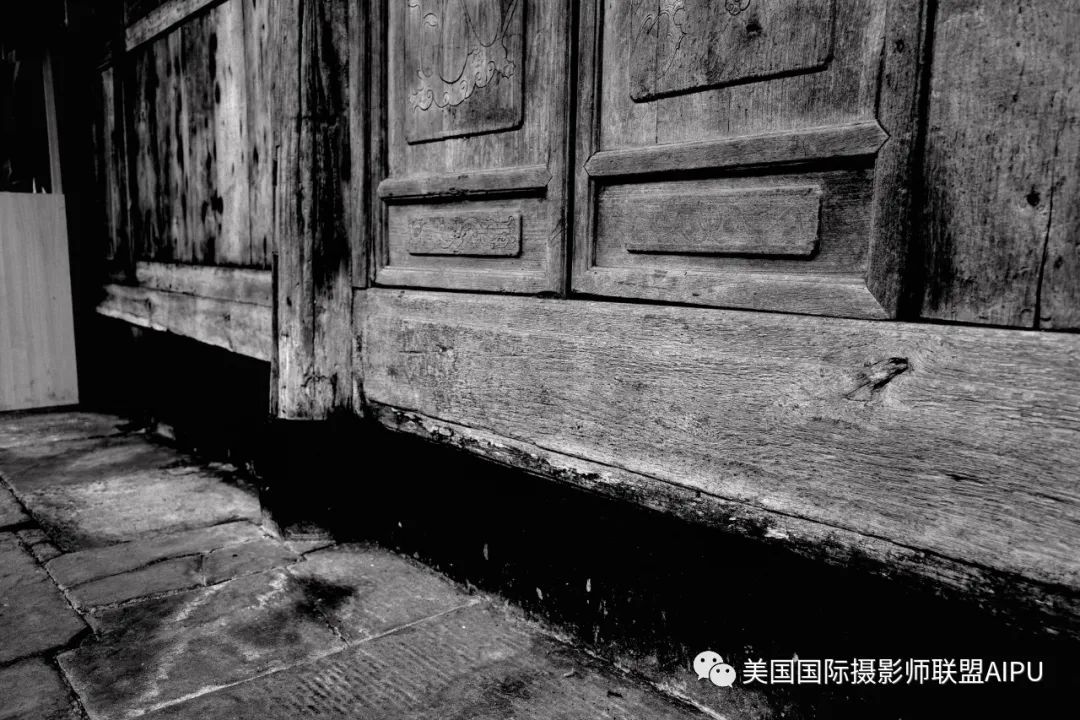 Two oil-paper umbrellas were placed in front of the high threshold, waiting for the owner to go out and cover the wind and rain. 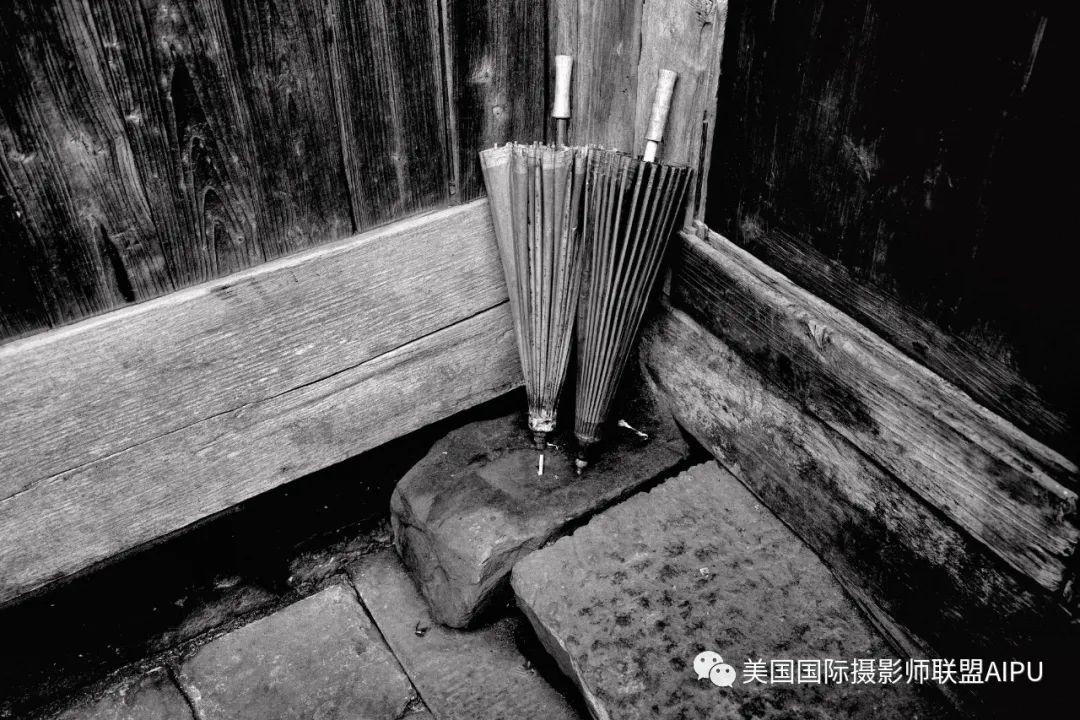 Many houses in the ancient town are old and dilapidated, no one lives in them. 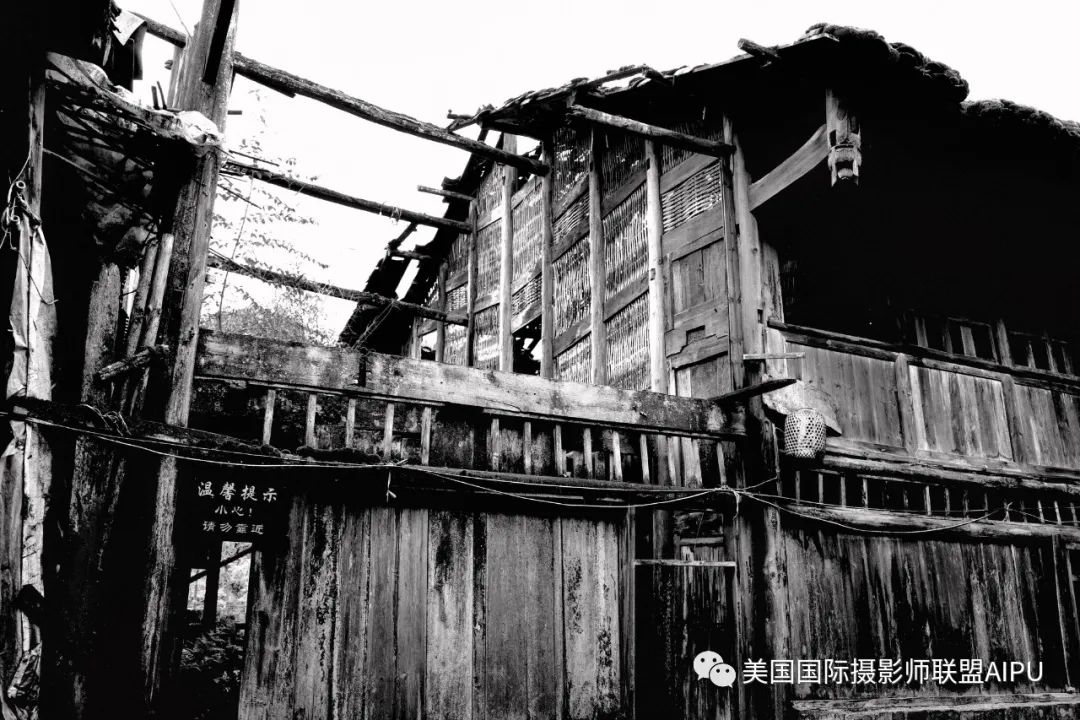 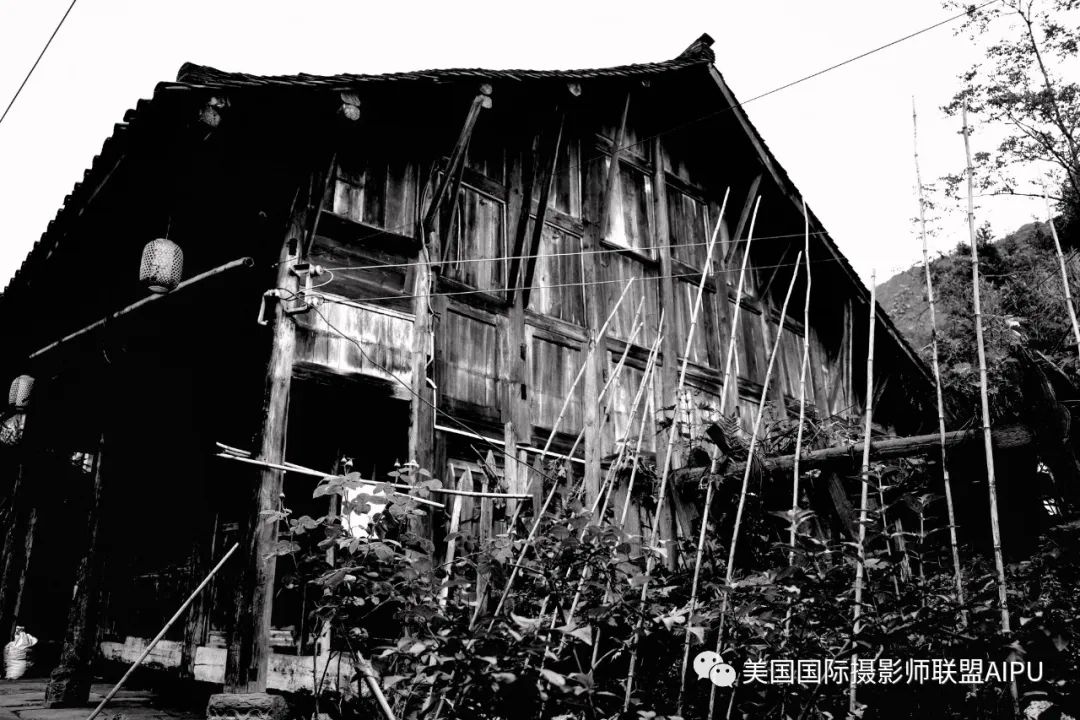 But the bronze knockers in front of the doors are well kept and shiny, there are not a bit of rust. 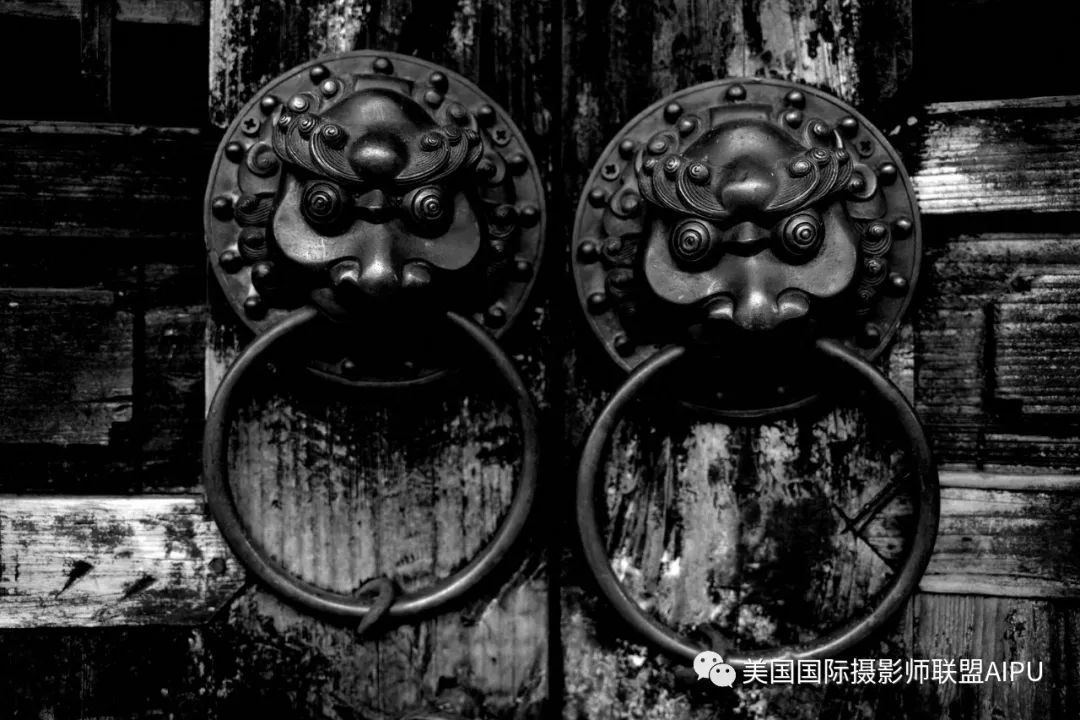 The pedestal of the hagging houses was eroded, but it keeps the history of this town, and it does not move at all.

The buildings of the ancient town are well engraved, reflecting the architectural essence of the Ming-Qing period. 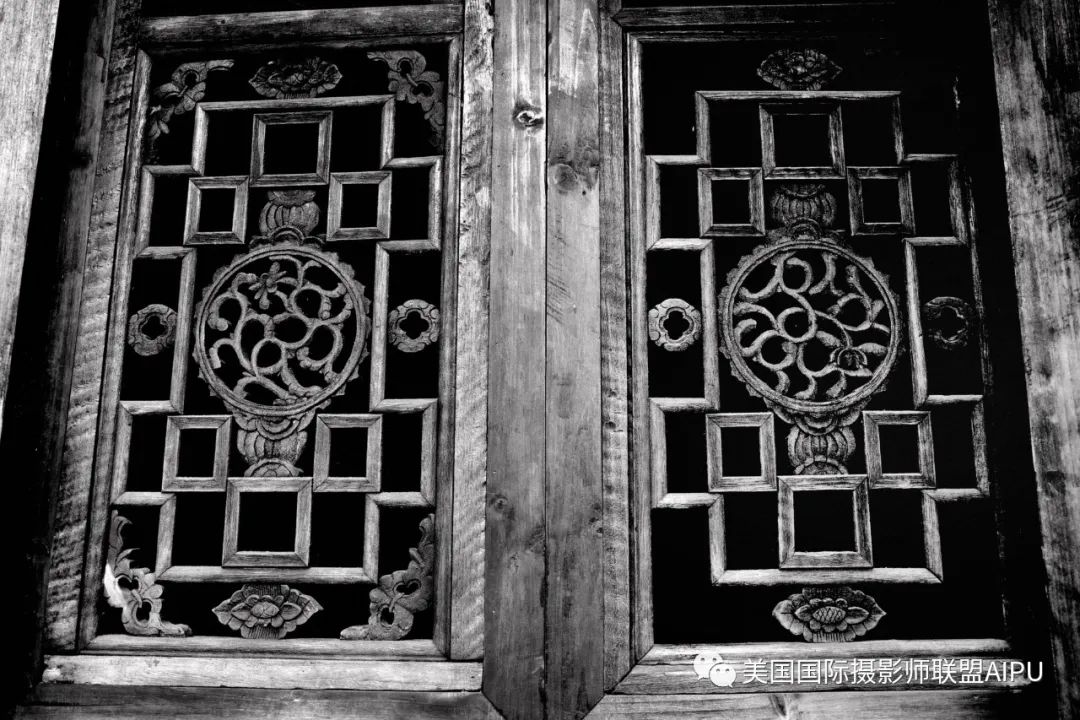 This waist gate design embodies the Jiangnan architectural style, which is full of artistic flavor, the carving of its wooden column vase is vivid and unique. 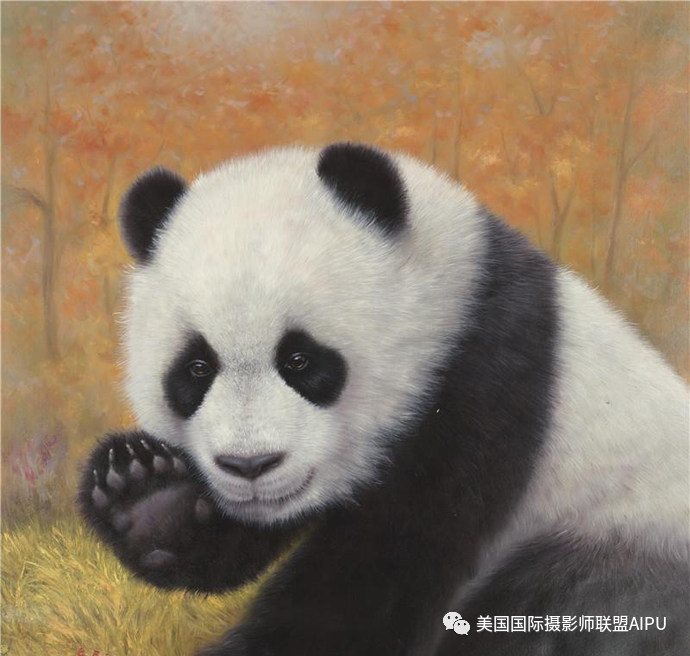 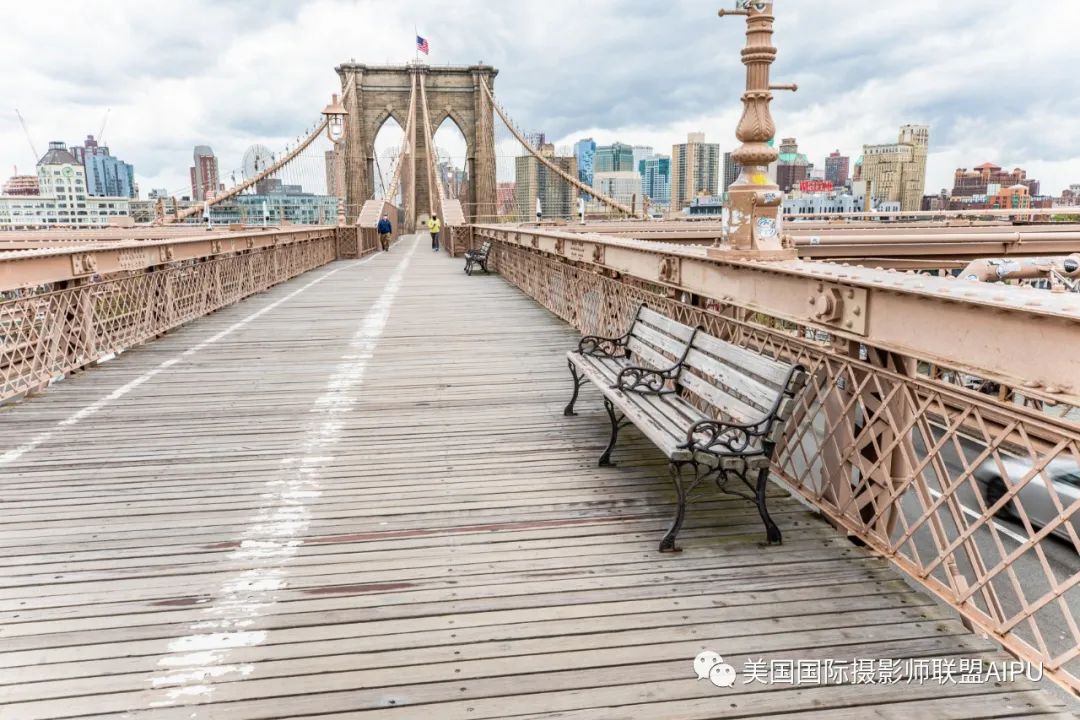 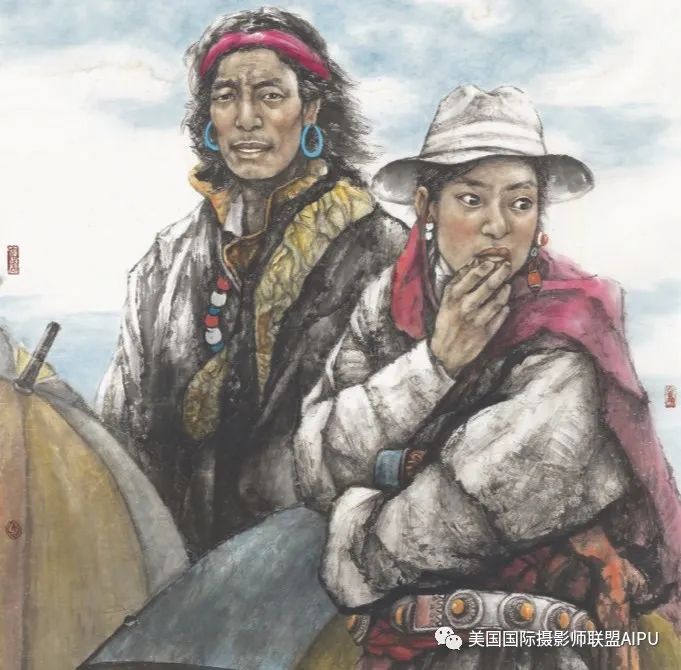 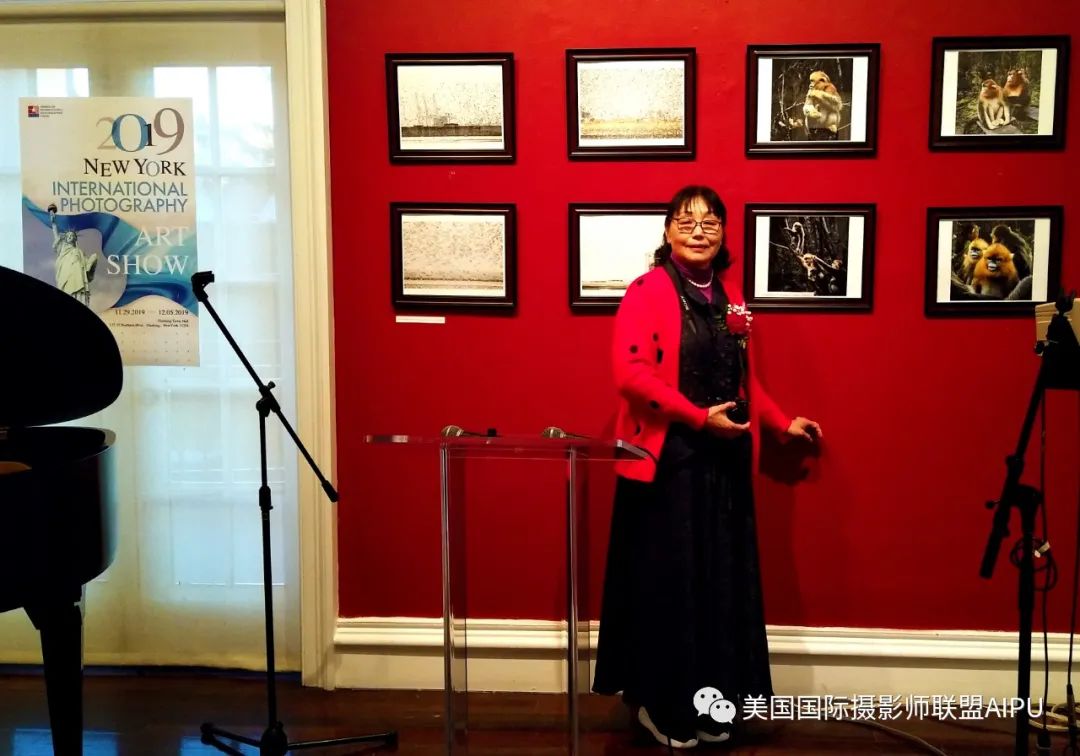